This striking red opaline vase is the large version made in 2010, now out of production.

The “Labuan” vases from Venini are hand produced using the “overlay technique”. The overlay technique is one of the oldest techniques in glass production. This process demands a high level of expertise on the part of the glass blower. 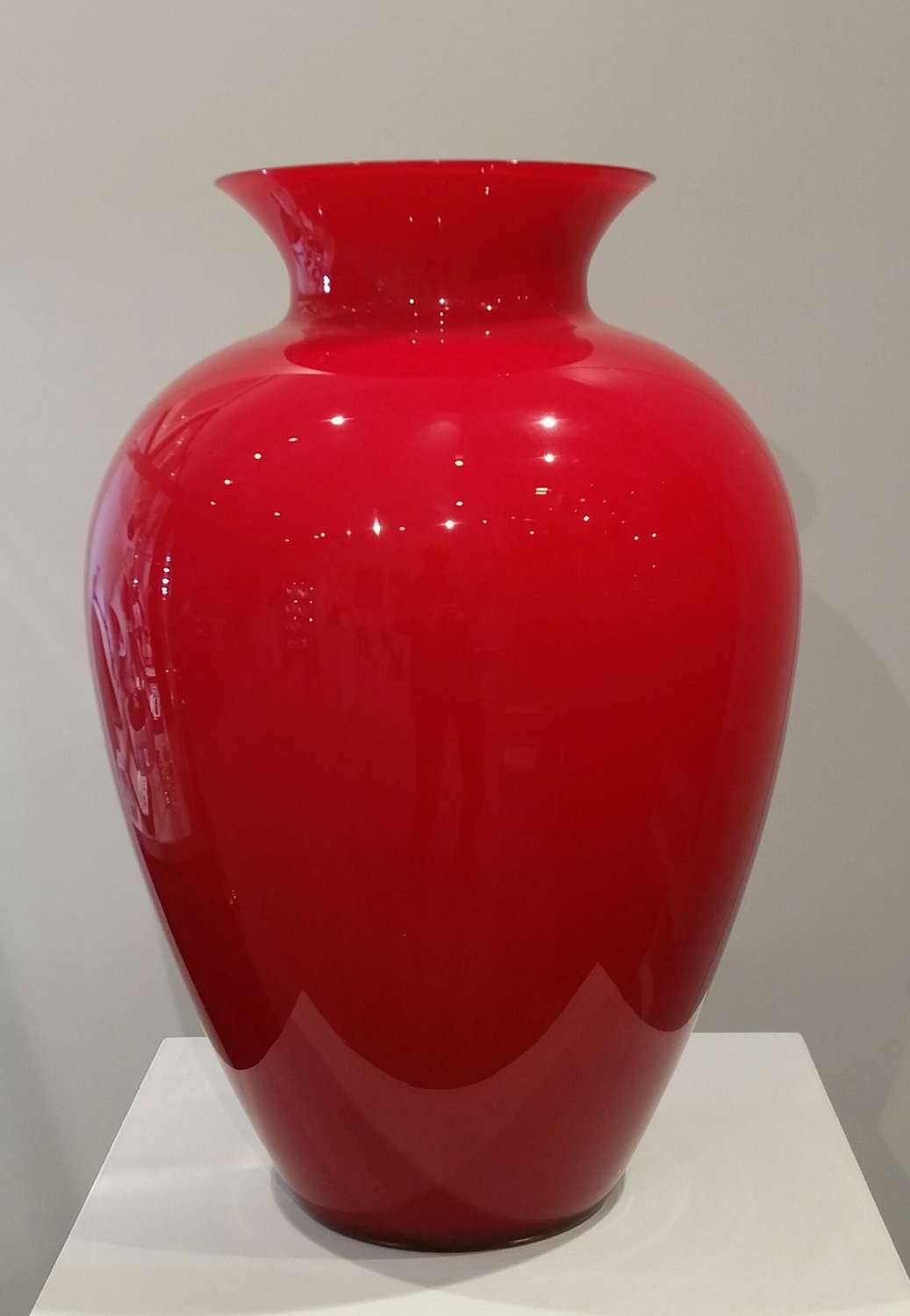