Watercolour with body colour and pencil

André Dunoyer de Segonzac was born near Paris in 1884, He enrolled at the Free Academy of Luc-Olivier Merson. Merson's academic style of instruction did not suit Segonzac. After leaving, he studied at the Académie de La Palette, whose staff included Jacques Émile Blanche.

From 1909 Dunoyer de Segonzac exhibited regularly at the Salon des Indépendants, and he also took part in the Salon de la Section d'Or in October 1912 and in the Armory Show in New York in 1913.

Segonzac first stayed in St Tropez in 1908, this would later be a place he frequented regularly and would leave a mark his work.

He produced over 1600 etchings during his career, his earliest experiments in etching date from 1919 when he was first introduced to engraving techniques by J.E. Labourer.

In 1925, with Moreau and André Villeboeuf, Segonzac purchased a villa in St Tropez and renamed it’ Le Maquis’. From then onwards he stayed regularly, often meeting the writer Colette there and taking inspiration from the port and old town of St. Tropez, it became one of his favourite locations.

Conversely, despite the luminous light of the Cote d’Azur, he found inspiration in the rare overcast days. This resulted in paintings with brooding skies, adding a deeper dimension to his work.

His subjects include landscapes, still life’s, and nudes in oil and watercolour, he increasingly turned to watercolour later in his life, influenced by Cézanne. These works ensured his commercial success and earned him recognition, and he was made the curator of the Musée de l'Annonciade in St Tropez on its creation in 1955. 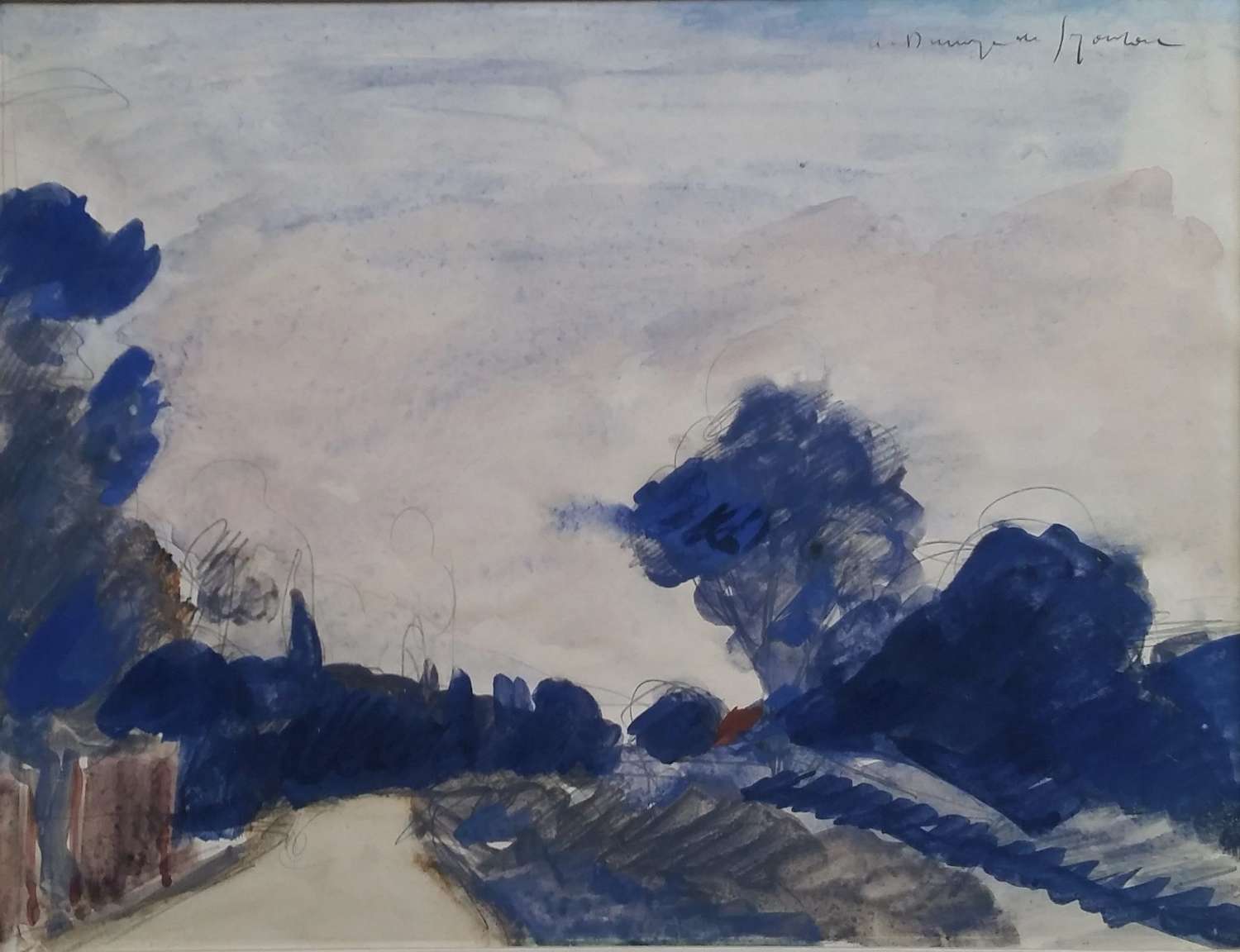