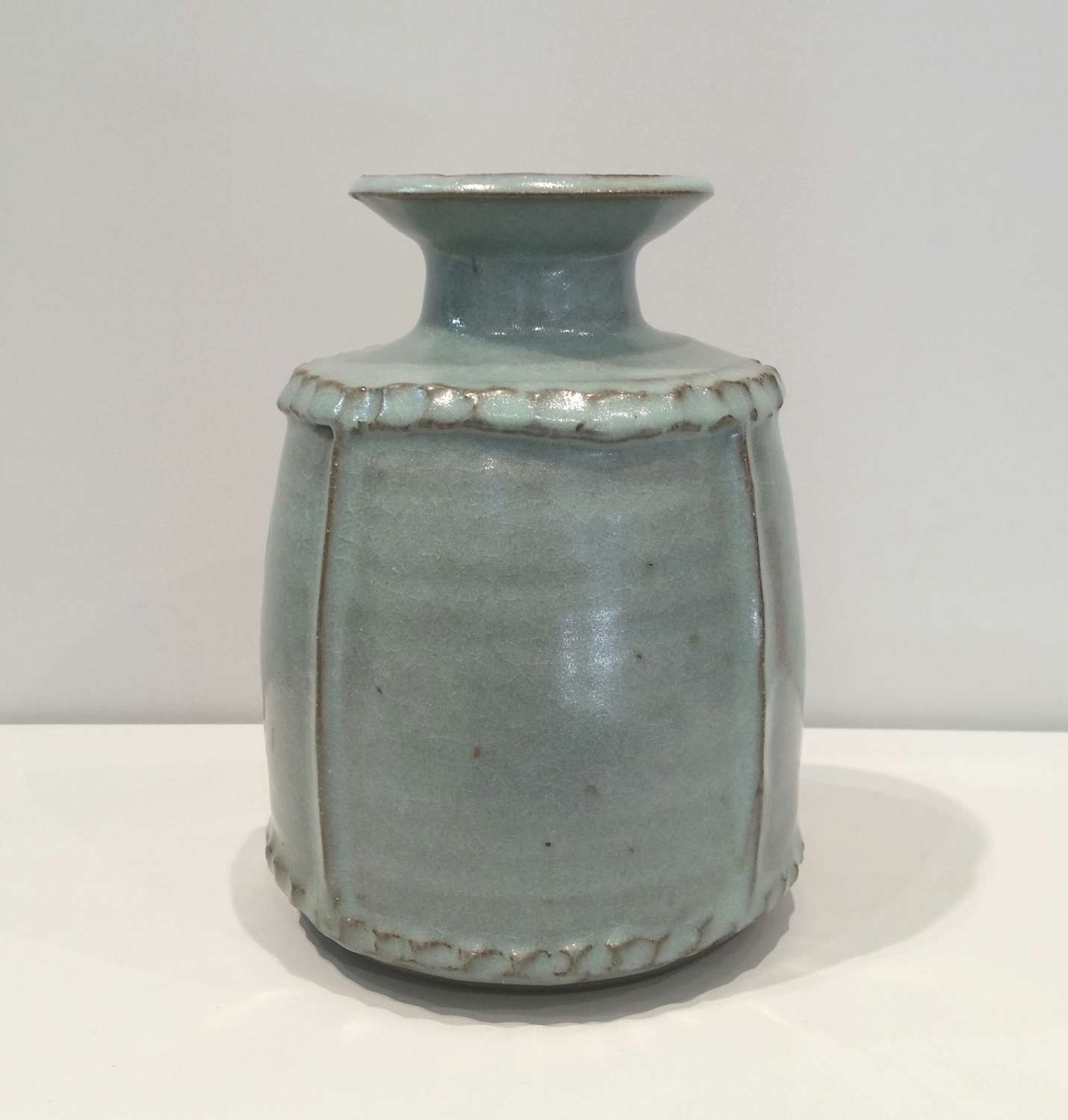 This lovely bottle vase with pinched detail still shows its origins from the wheel with the undulations of its surface emphasised by the pooling of the glaze which at the same time highlights the dark stoneware body, pinched at the shoulders and base and joined by four fine string like ribs equally spaced around the vase. 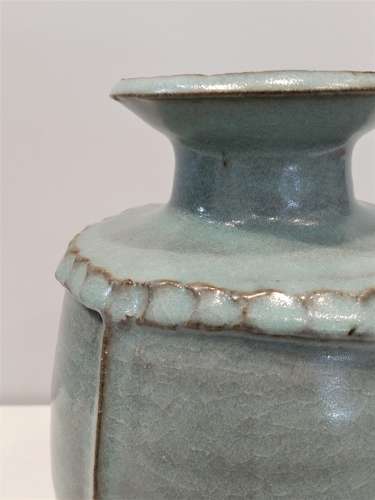 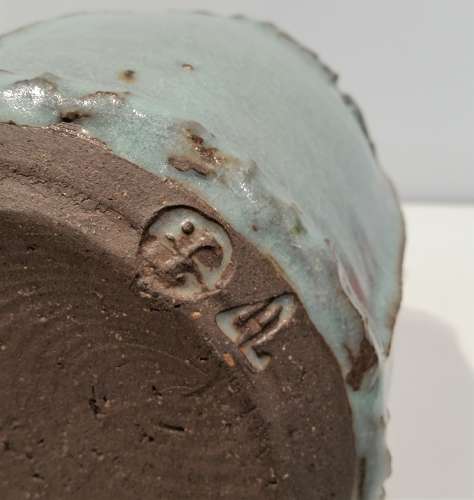