Intaglio of Demosthenes attributed to Burch

There is a basalt intaglio by Wedgwood of the same subject, the mould is dated 1774, the carving was possibly supplied by Tassie who employed Burch as an engraver of intaglios. The same subject was also carved by William Brown but his portrait does not fill the field as fully as the Burch portrait.

This work is not signed, it is an extremely fine carving and is certainly the work of a master engraver, such as Burch. 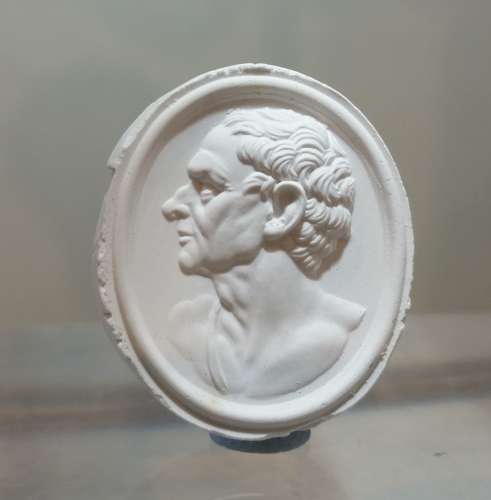