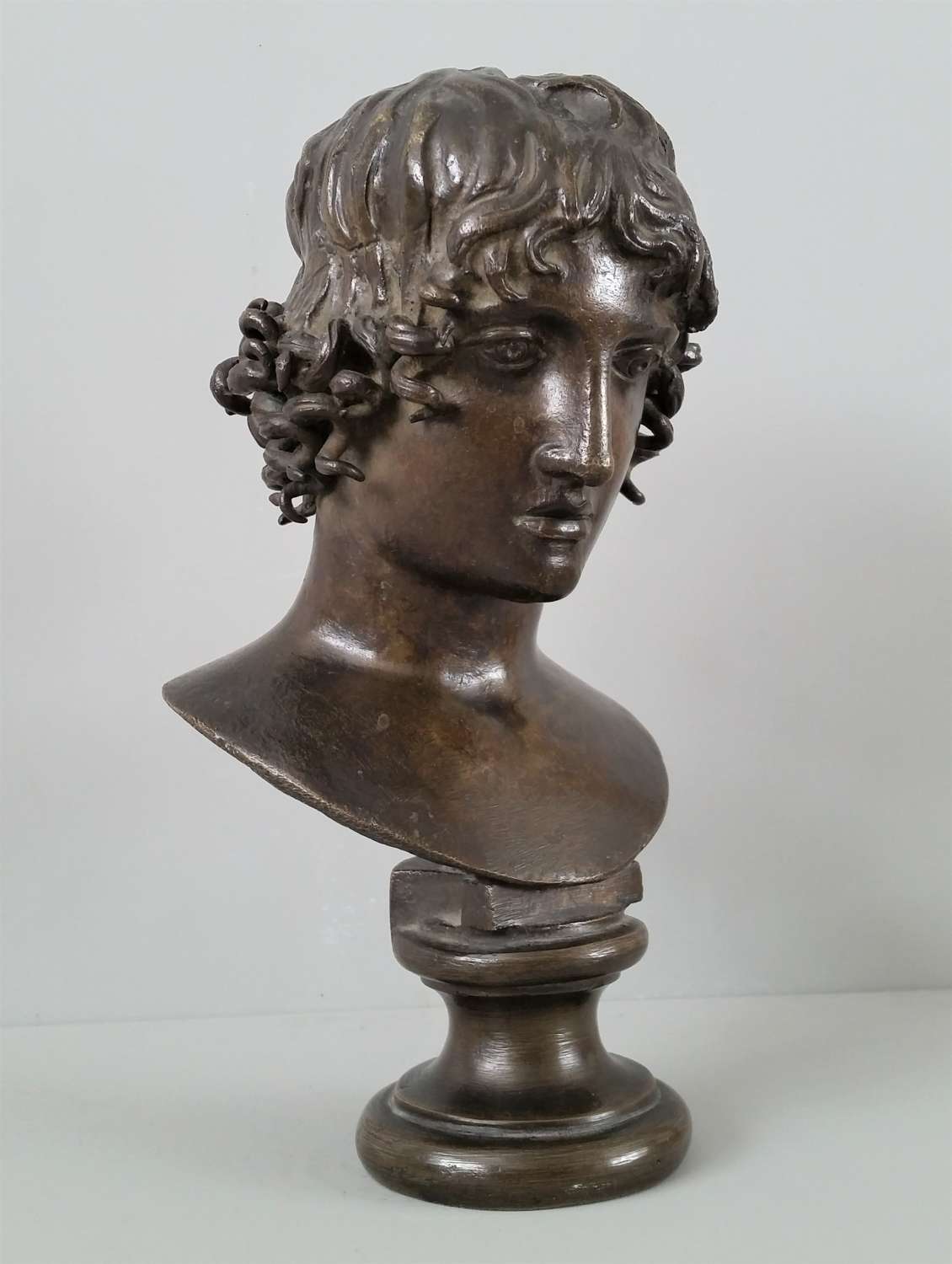 Bust of Mellephebe - Eros as a young boy bronze

Bronze bust of a Mellephebe (Eros as a young boy).

A fine lost wax cast made around the early 19th century in Italy, the curls of the hair are finely cast as in the original.

A souvenir of the grand tour based on a bronze bust found in 1752, in the center of room of the Villa of the Papyri, Herculaneum.

This bust is the same size as the original antique, other copies exist which are much larger. 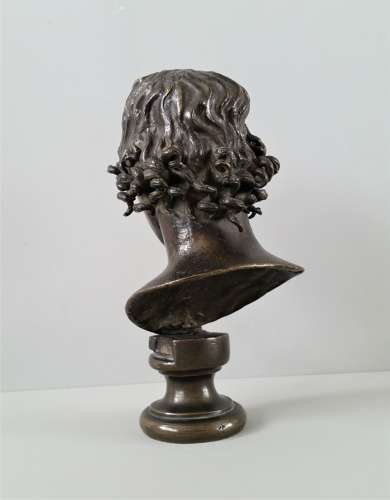 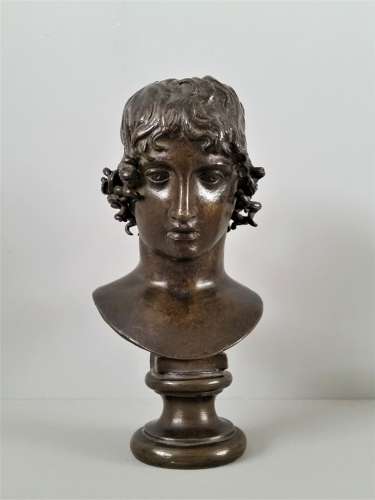