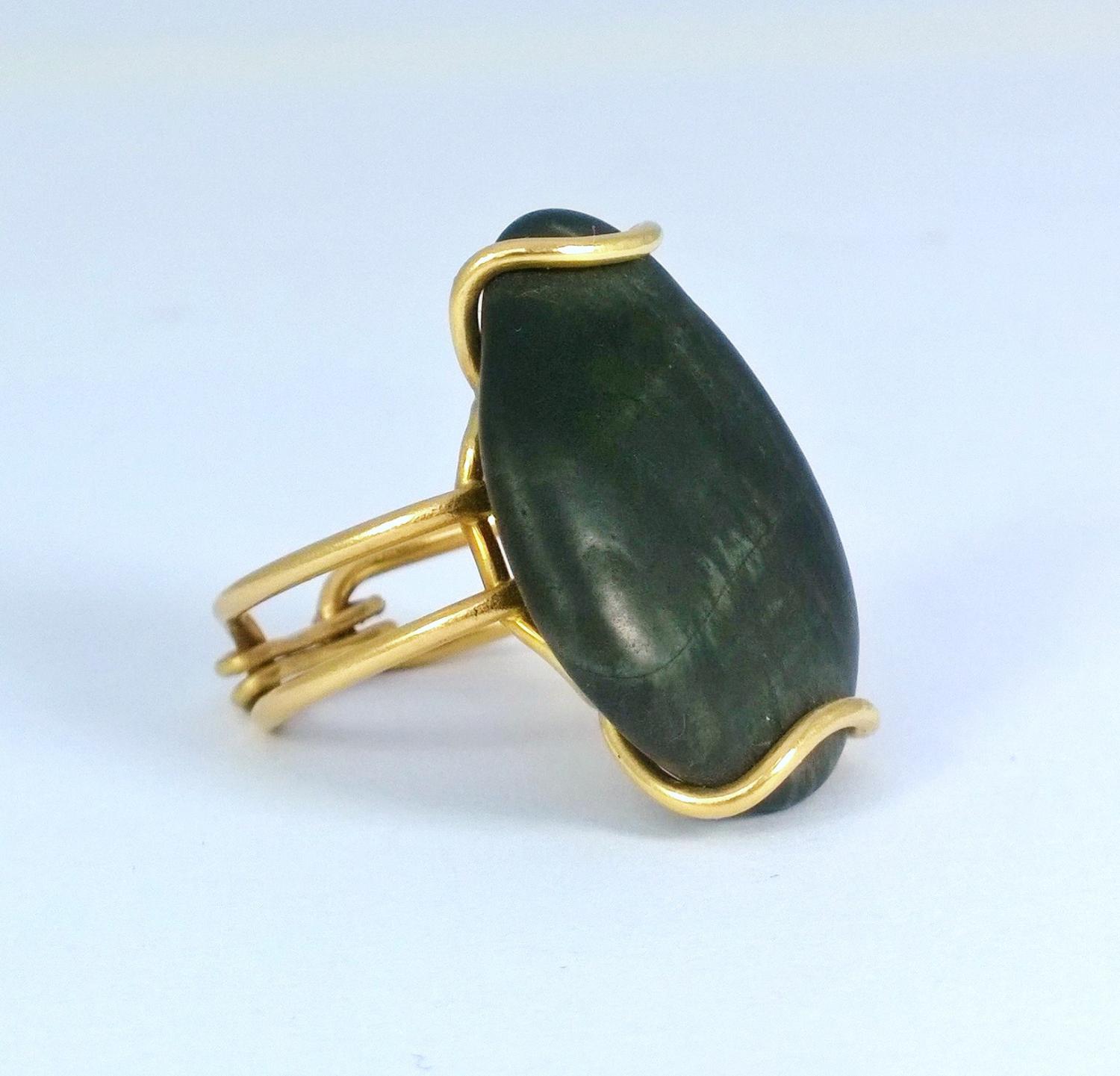 A yellow gold pebble mounted as a ring, with simple wirework setting holding the stone.

The pebble shaped form became a theme of Slutzky's work at the begining of the 1960's, there are similar pebbles mounted as a necklace in silver interspaced with red enamel pebble shapes in the Bauhaus Arkive Collection Berlin.

A gold mounted green stone ring,possibly glass is known to have been made in the same style, though its whereabouts is unknown, this along with three pebble rings are the only ones known to exist.

Provenance:The workshop of Naum Slutzky 1965 , the artists wife and then by descent to the previous owner. 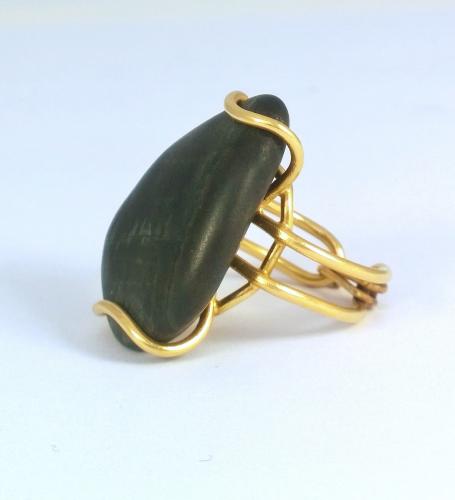 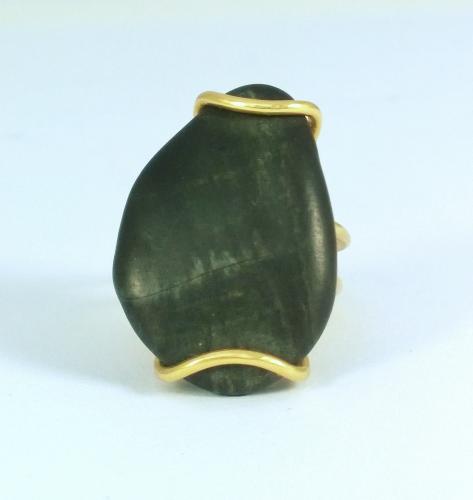