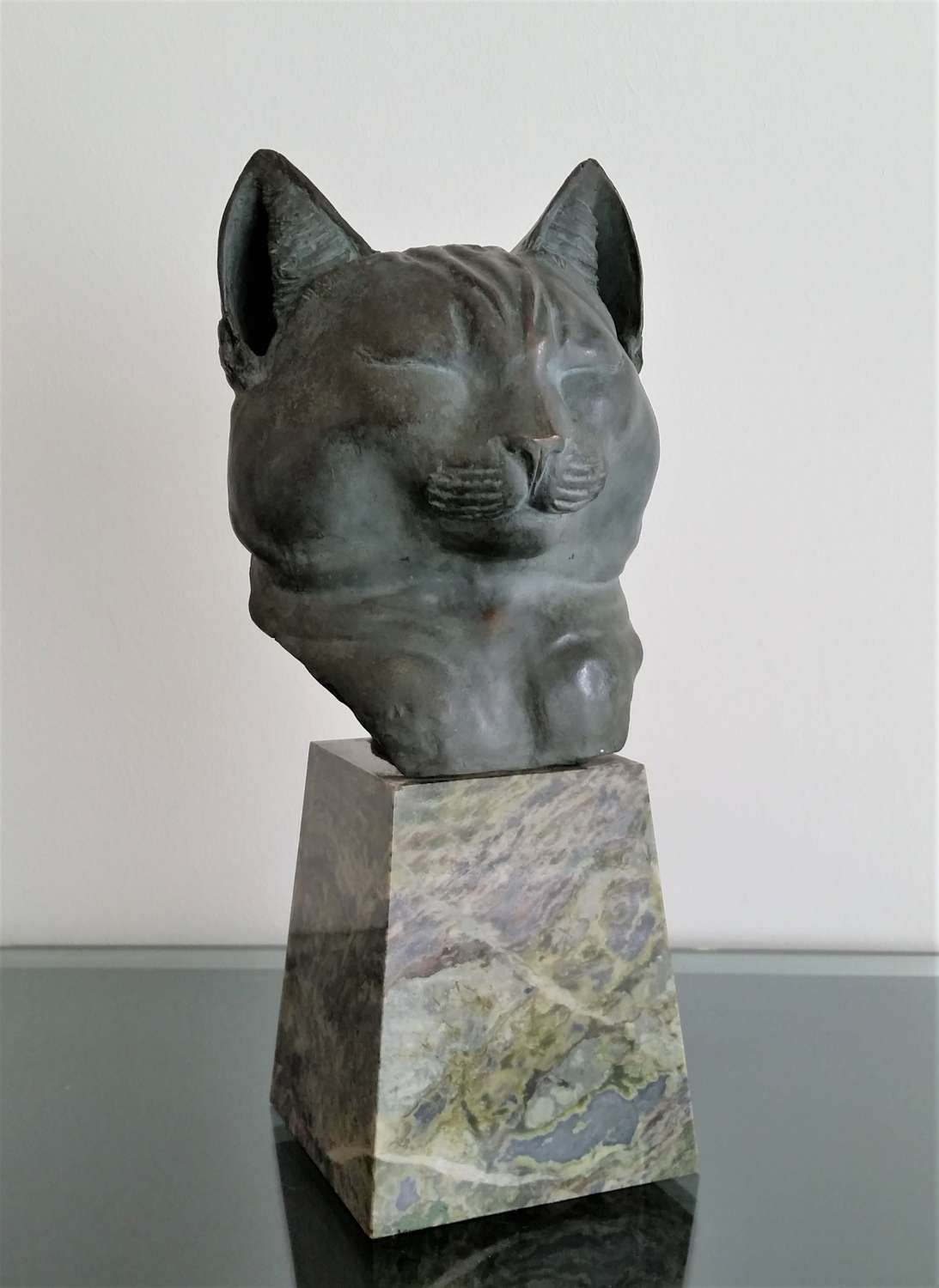 Portrait bust of a cat

Signed with monogram on reverse.

Wolfram was son of the renowned British sculptor Edward Onslow Ford. He grew up in an artistic household and family friends included the painter Whistler, who greatly influenced his work.

This early work was possibly done by Wolfram in his father's studio whilst he was still alive, his father died at the young age of 49 leaving the young Wolfram to follow his own path of painting.  This piece appears to be the only documented subject in sculpture by Wolfram who went on to a career in portraiture, painting many society portraits, many of which were exhibited at the Royal Academy in London. 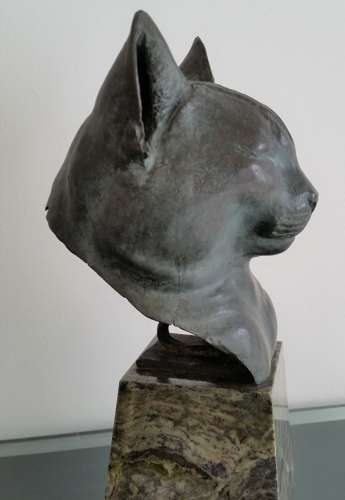 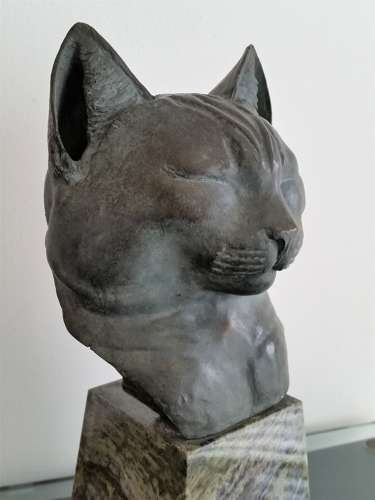 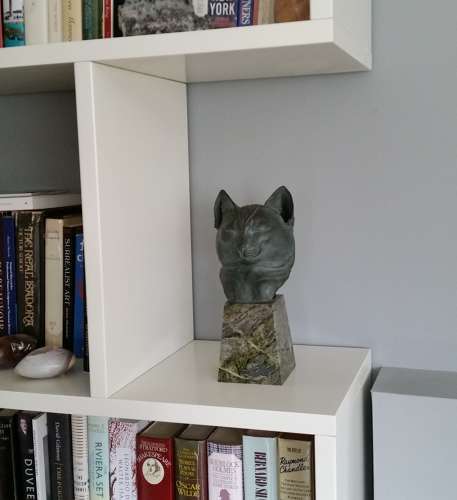