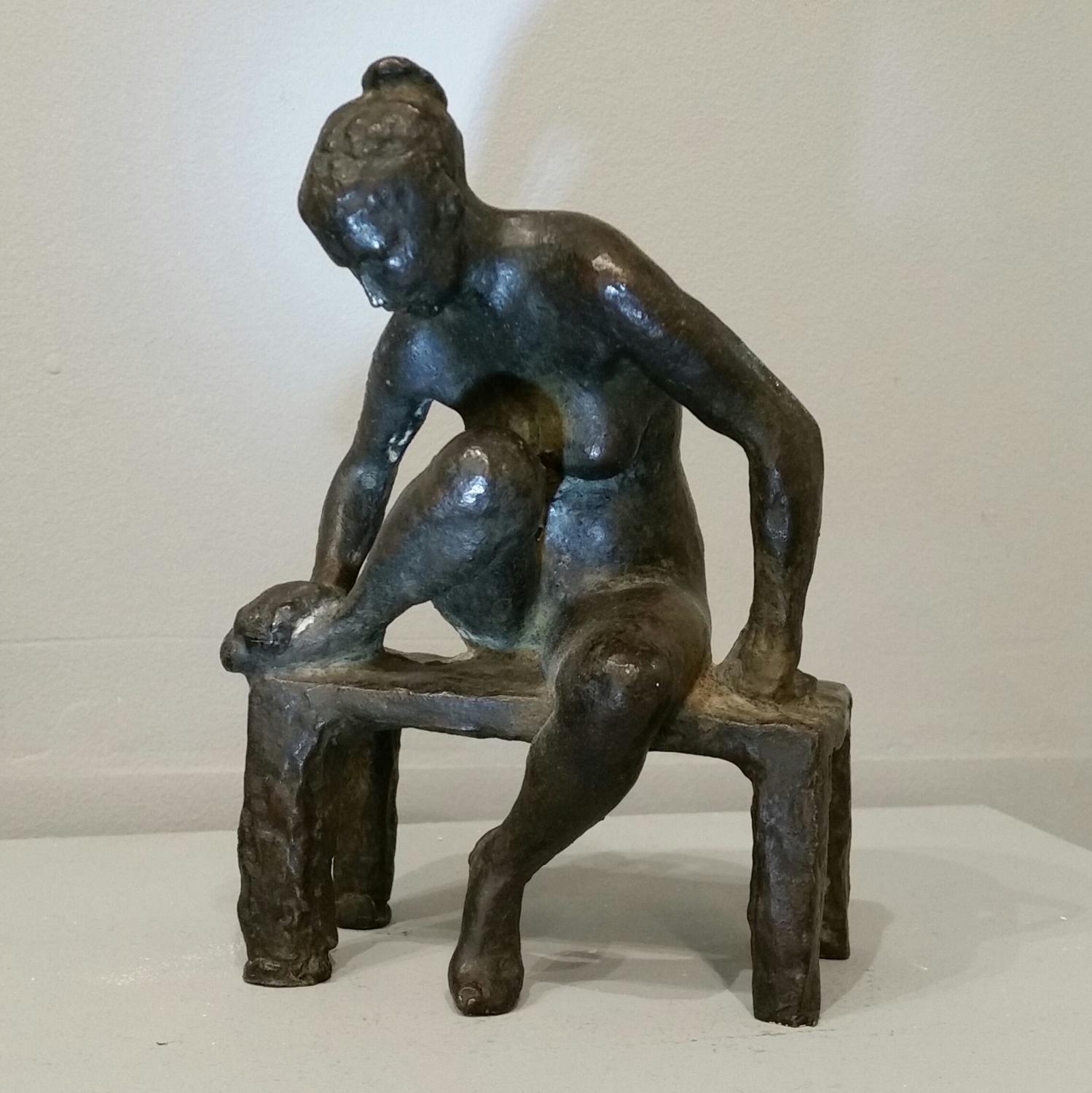 Another example in the Government Art Collection

Born in Berlin in 1897, Nimptsch studied sculpture at the Applied Art School, Berlin (1915-17) followed by the Berlin Academy between 1919-1926. He was awarded the prestigious Rome prize in 1928. He left Germany with his wife in 1931 for Rome where he worked for most of the decade, he went to in  Paris 1938-9 and finally settled in London in at the outbreak of war in1939.  At that time he spoke no English and took British nationality after the war.

He had one-man exhibitions at the Redfern Gallery (1942), Leeds (1944), Walker Art Gallery, Liverpool (1957), Stone Gallery, Newcastle upon Tyne (1965) and finally at the Diploma Gallery of the Royal Academy (1973). Work was also included in some of the Arts Council's outdoor sculpture exhibitions in the 1950s and 1960s. In 1951 'Girl Sitting on a Stone Plinth' was acquired by the Arts Council's collection and his best-known work, 'Olympia' (1956), a reclining nude lying full length, supported on an arm and a leg, was acquired by the Tate Gallery (Chantrey Bequest) in the year that it was finished.

His imposing statue of Lloyd George stands opposite to that of Sir Winston Churchill at the entrance lobby to the House of Commons. It was originally commissioned from Sir Jacob Epstein, but after his death was awarded to Nimptsch.