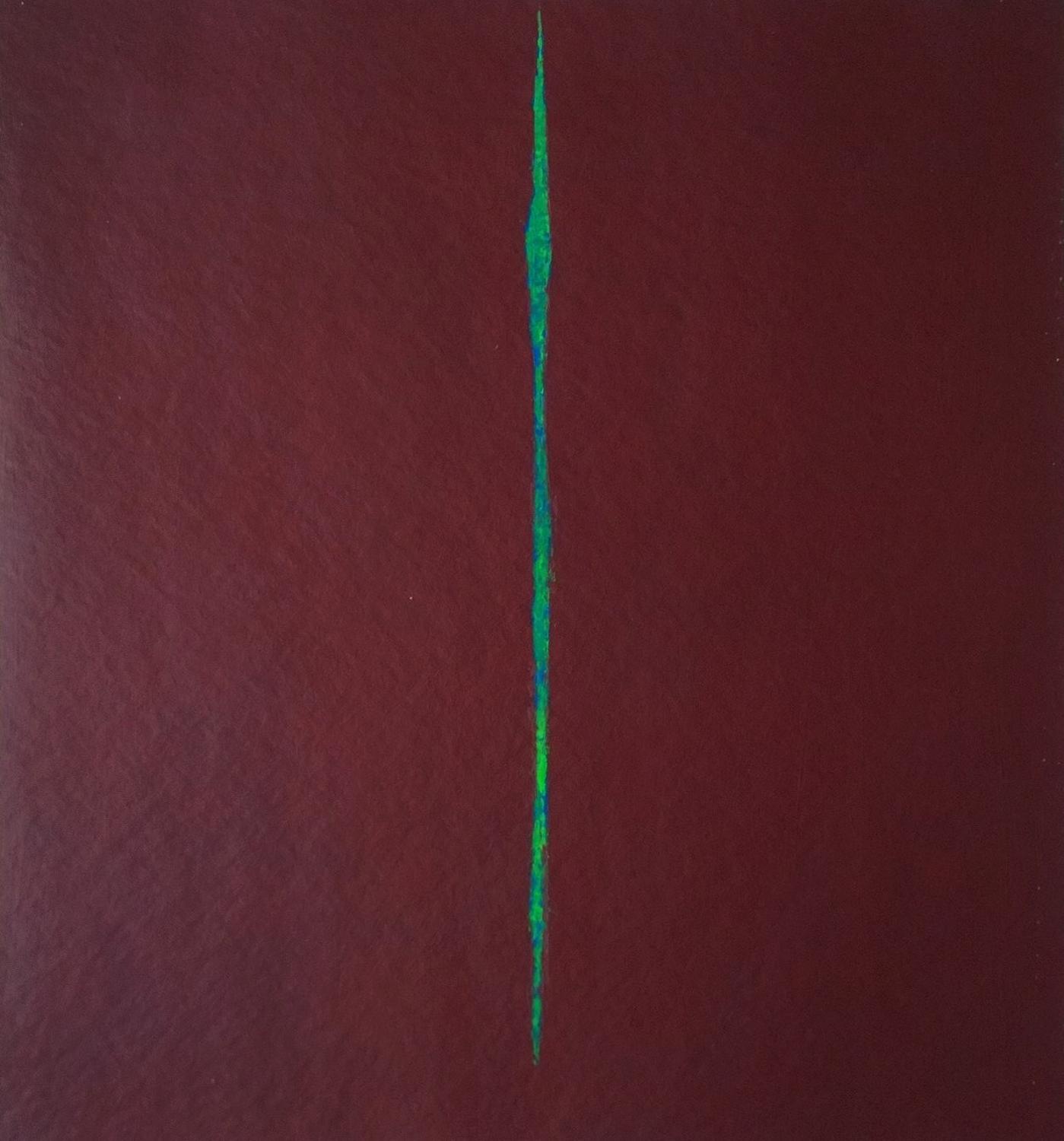 One of the first of the 'Infinity' series started in 1970.

These artists were the first American artists to consciously make a break with the School of Paris in pursuing their own aims for a serious new approach to painting. The mature techniques of Stamos, Rothko, and Newman, based on expressive color fields, were subtle and more calm in comparison to the explosive, gestural painting of fellow abstract expressionists Pollock and de Kooning.

Stamos' work has shifted and evolved more dramatically than most of the Abstract Expressionsts. He is in fact one of the first to use both "colorfield" and "gestural" techniques, painting across these lines to the end of his career.  He shifted his medium from oil to water-based paints, and his painting surfaces became thinner and flatter than those of the earlier works, but without a loss of luminosity and beauty of coloration. They are marked with great attention to not only the apportioning of color to area and shape, but also the layering - or veiling - of color. Beginning in 1955 and for the following twenty-two years he taught at the Art Students League. From 1970 on, he spent part of every year on the island of Lefkada in Greece, where he started his Infinity series. After ending his teaching career in 1977, Stamos traveled extensively and had numerous one-person shows in New York and Europe.