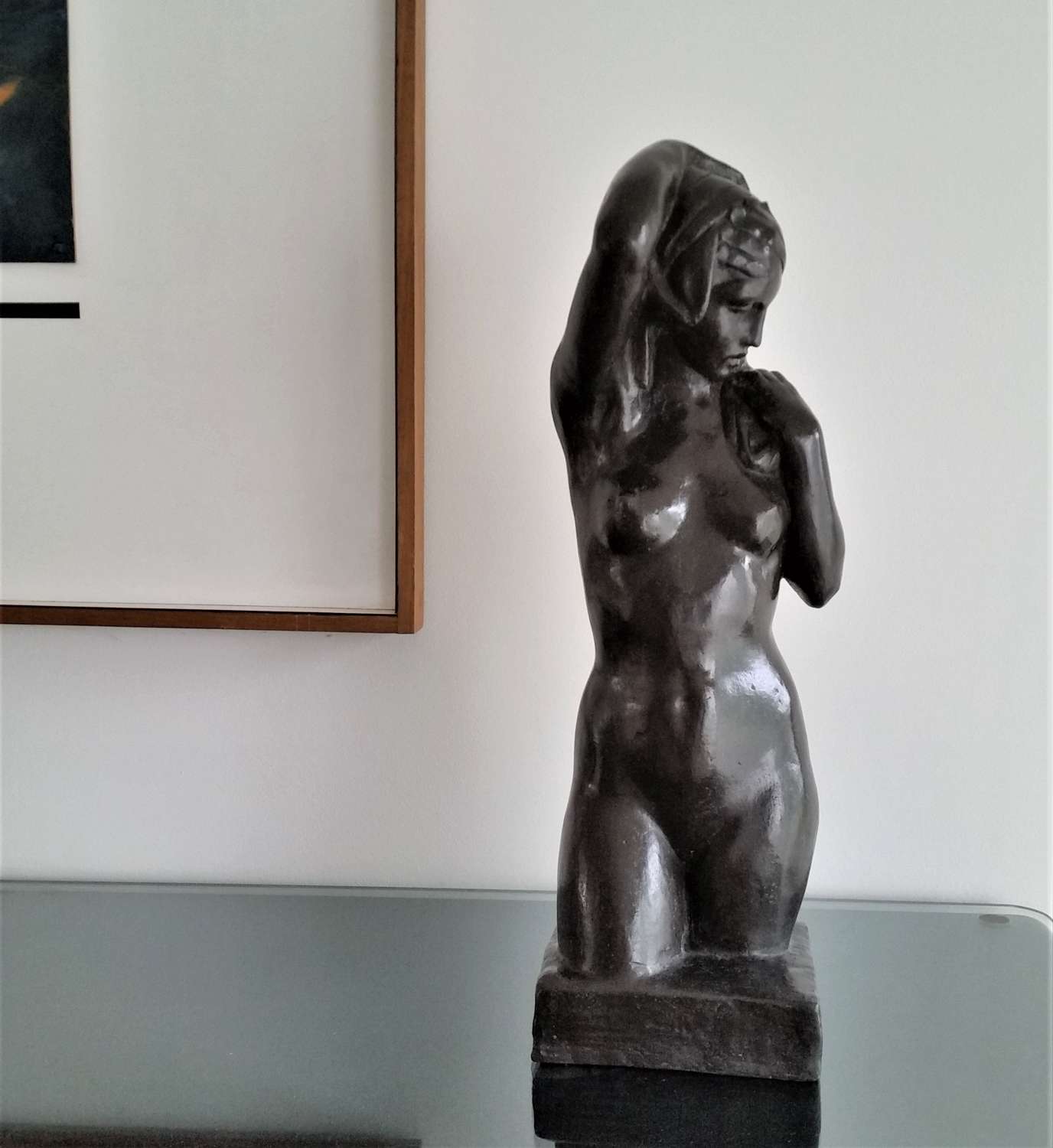 Signed at side of base.

Nicholson Babb was born in Plymouth in 1874, he studied at the Art College of Plymouth followed by the Royal College of Art in 1887 where he won a £50 per annum bursary.  After this he furthered his studies at the Royal academy Schools where he won several prizes. his fellow contemporaries were Gilbert Bayes, Bertram Pegram and Louis Garbe.

During his career he exhibited widely in the British Academies including the Royal Academy between 1898 and 1945.

Public works include the War Memorial at Grahamstown South Africa. Scott’s Memorial in St Pauls Cathedral amongst other works. 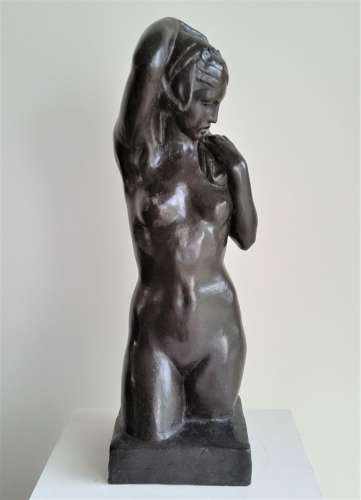 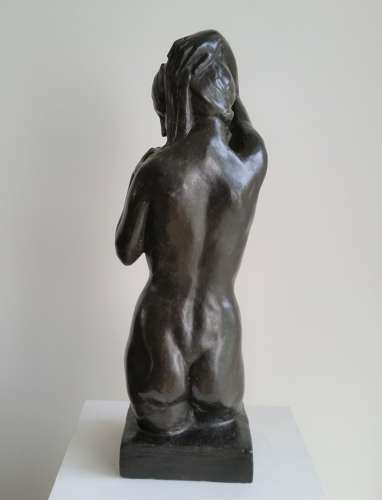 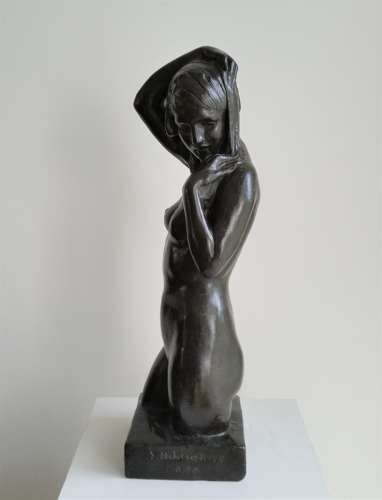 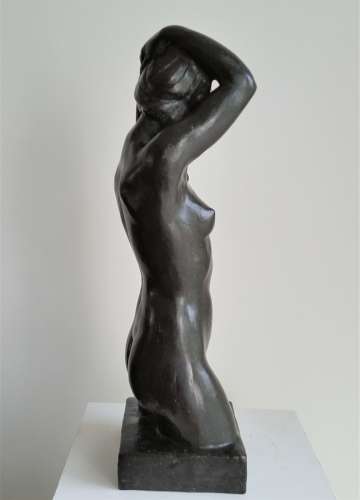 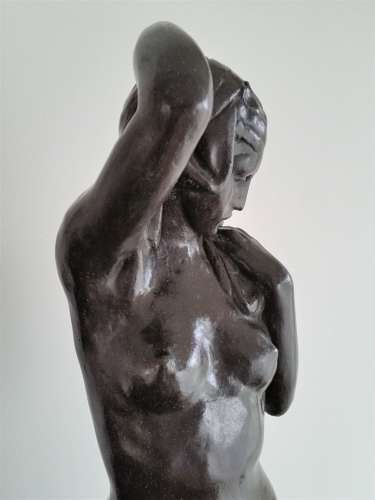 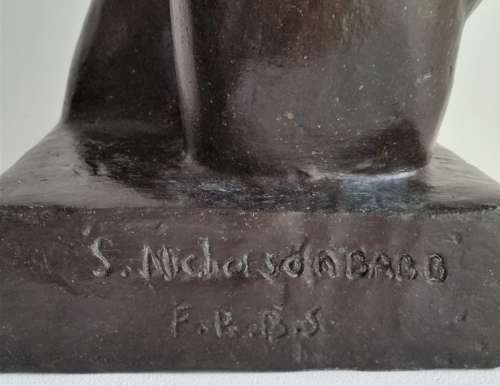