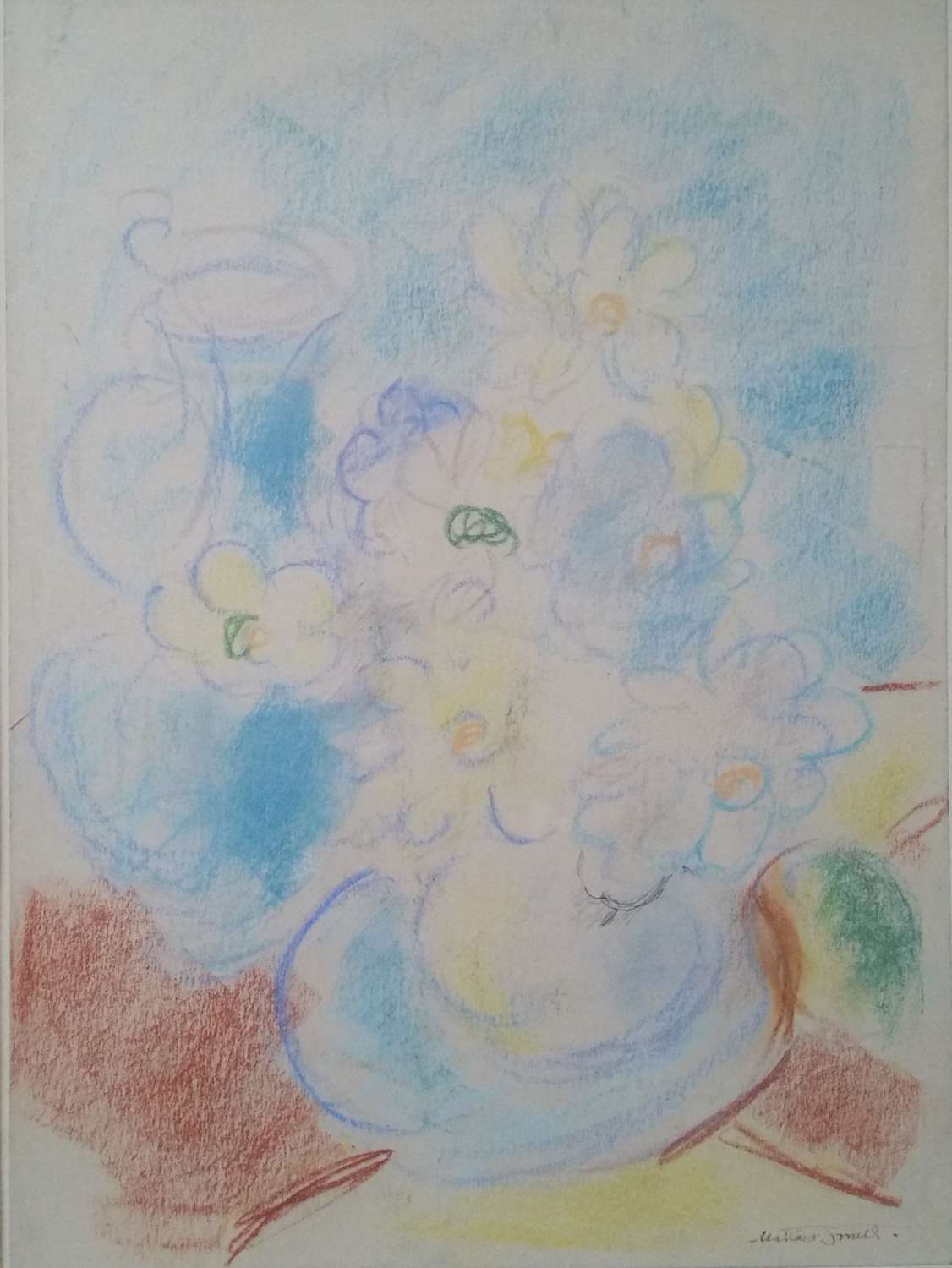 Pastel and charcoal on paper

In James Bourlet frame, the client being Lenygon & Morant Ltd. Lenygon & Morant were one of the top interior designers of the time, working in both London and New York, clients included Buckingham Palace and Nelson Rockefeller. The drawing was framed in 1959 with the same order number as at least two other works by Matthew Smith. 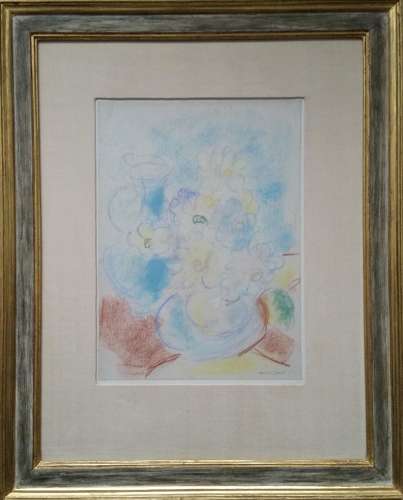