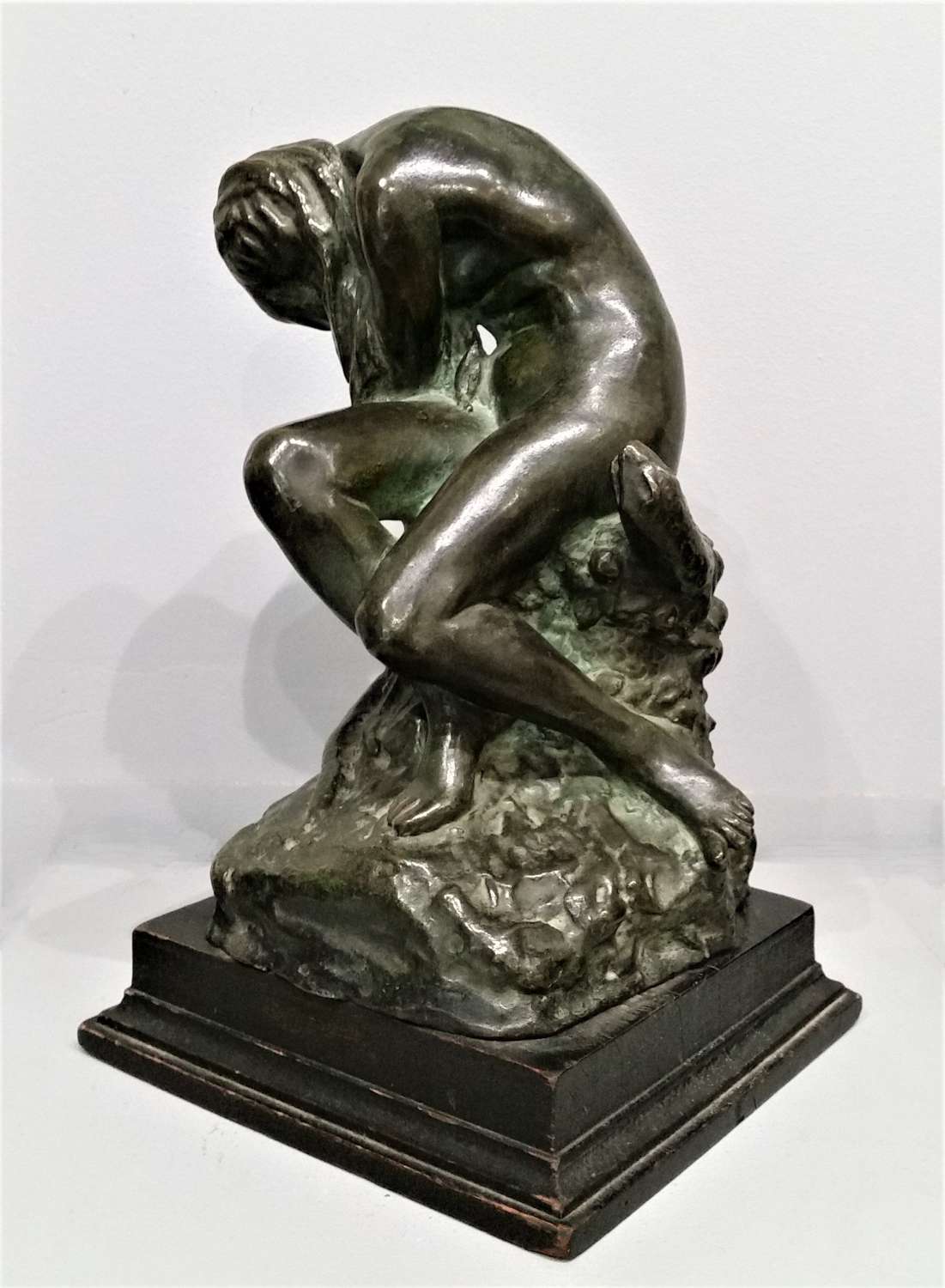 Bronze  with green patina,signed with address labels to base.

Thained at trhe Royal Academy schools, Ward Willis was known for his equine subjects and memorials.

A friend of Francis Derwent Wood, Ward Willis;s style was very much 'New Sculpture' movement, with loose Rodin style influence. Elected member of the Royal Society of British Sculptors in 1909.

He worked most of his career in London based at 4 Belsize Studios, Hampstead and exhibited at the Royal Academy between 1904-1935, (19 works) as well as the regional academic galleries. 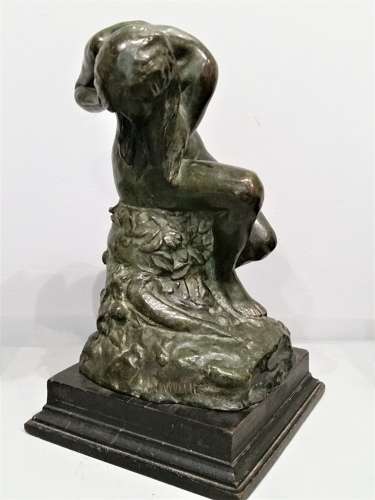