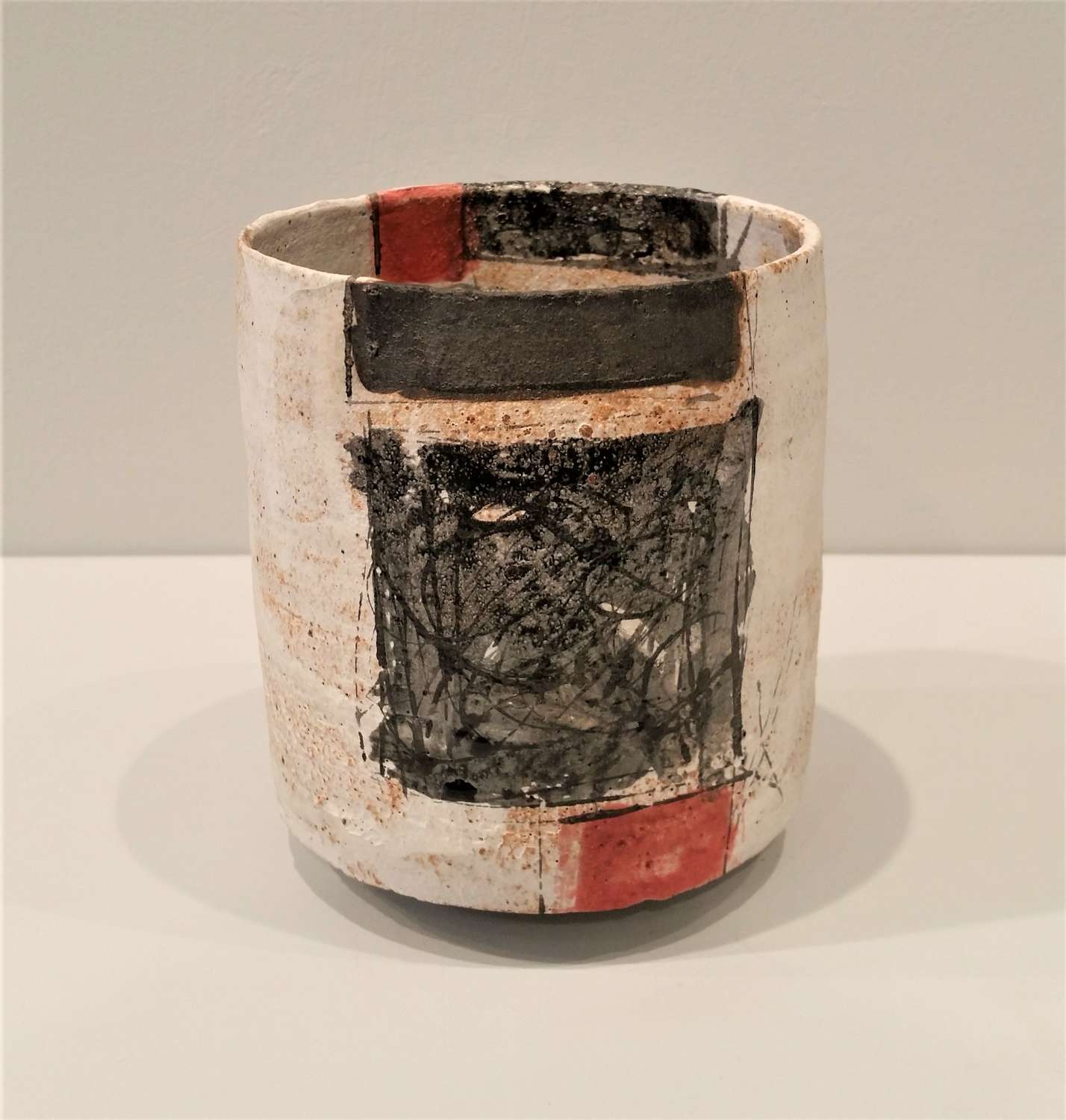 A stoneware cylindrical pot decorated inside and out with manganese glaze to the interior. 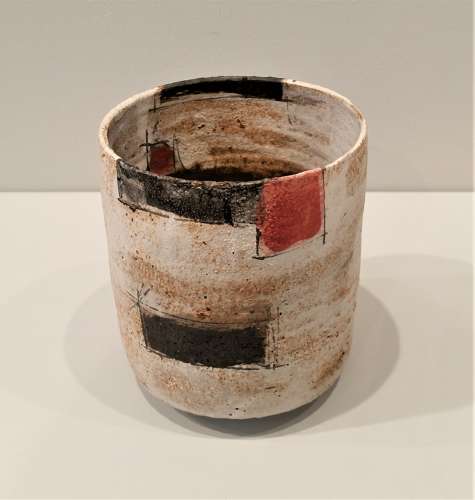 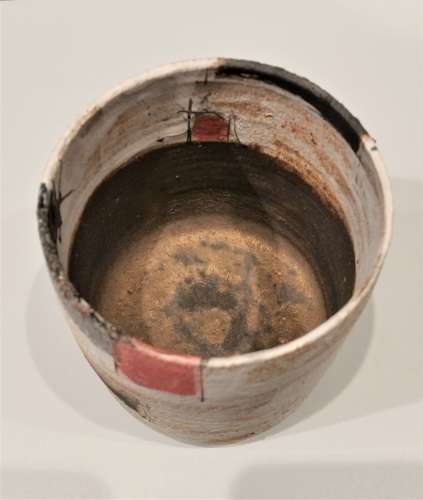 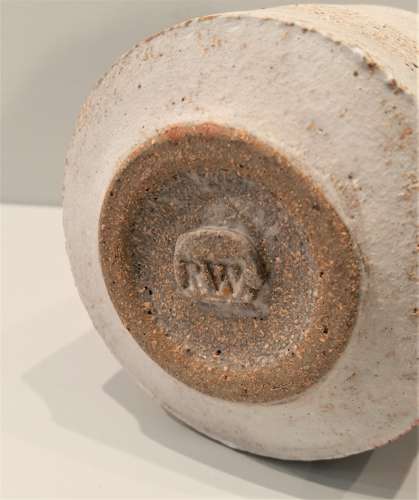