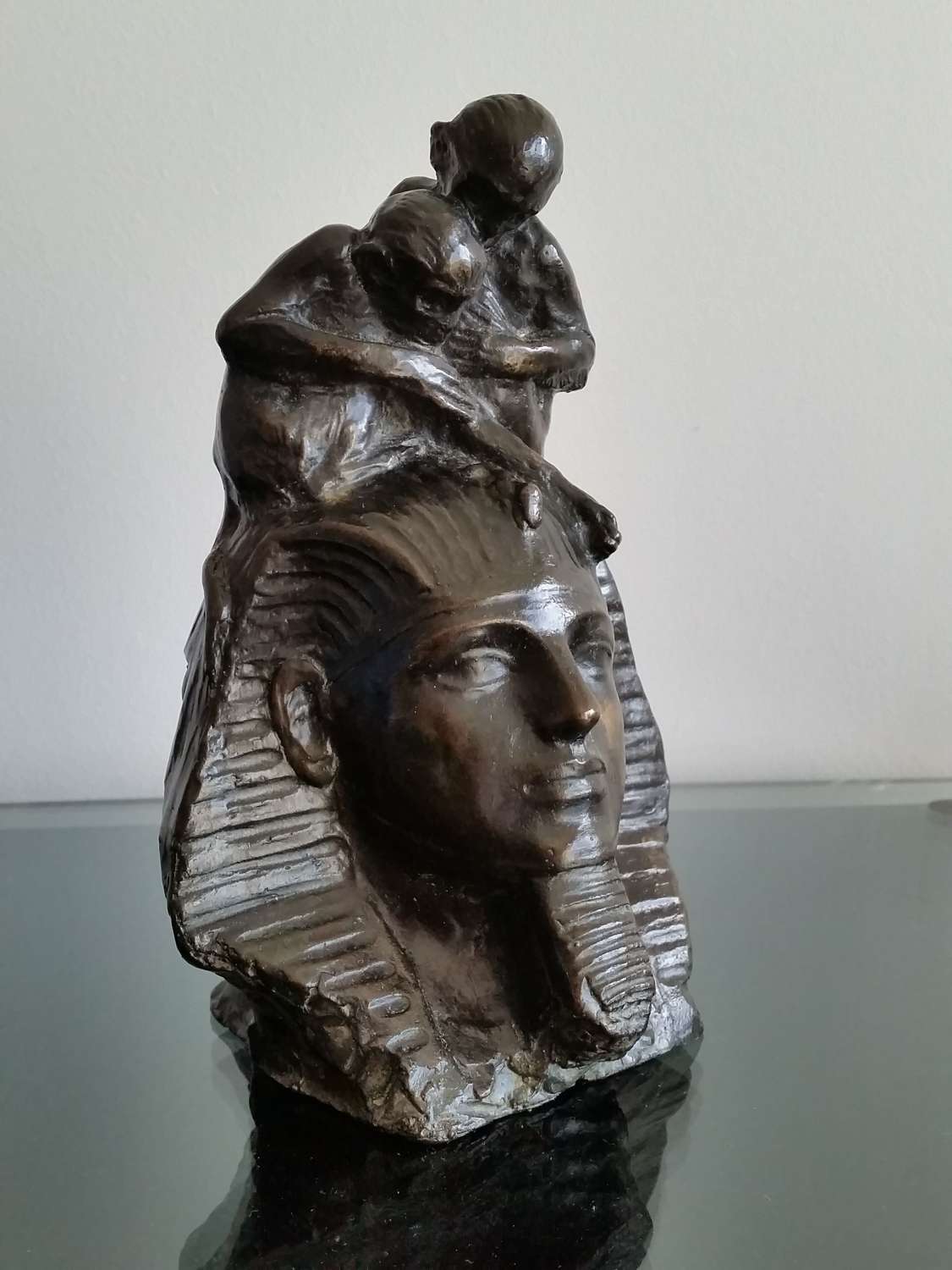 Monkeys on a sphinx head.

Provenance : The artists collection by decent to the previous owner.

Richard Garbe was born in London the son of a craftsman carver of ivory and horn. He worked in marble bronze wood and ivory. He studied at the Central School of Arts and Crafts and The Royal Academy Schools.

During the 1930’s he collaborated with Doulton making a number of ceramic sculptures.

Although Garbe practiced and taught modelling he was primarily a carver. He was highly influenced by Chinese carvings in jade and crystal also the forms of Japanese netsuke. This oriental influence can be seen in much of his work, especially his later art deco pieces.

He has works in the Tate Gallery and Victoria & Albert museum. 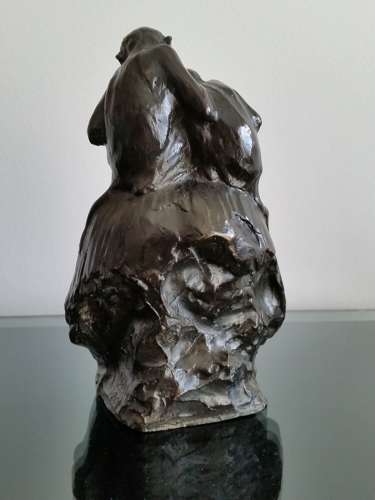 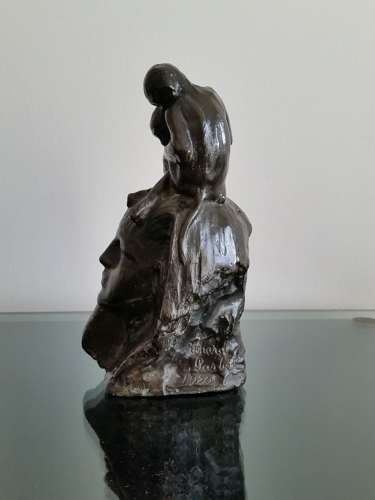 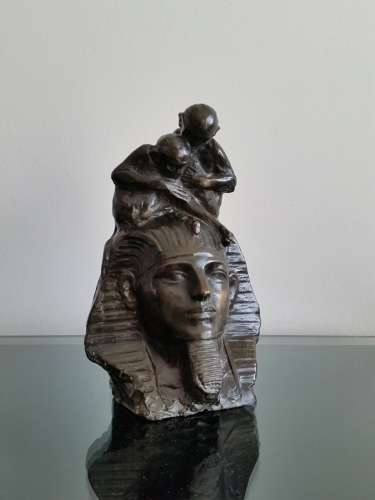