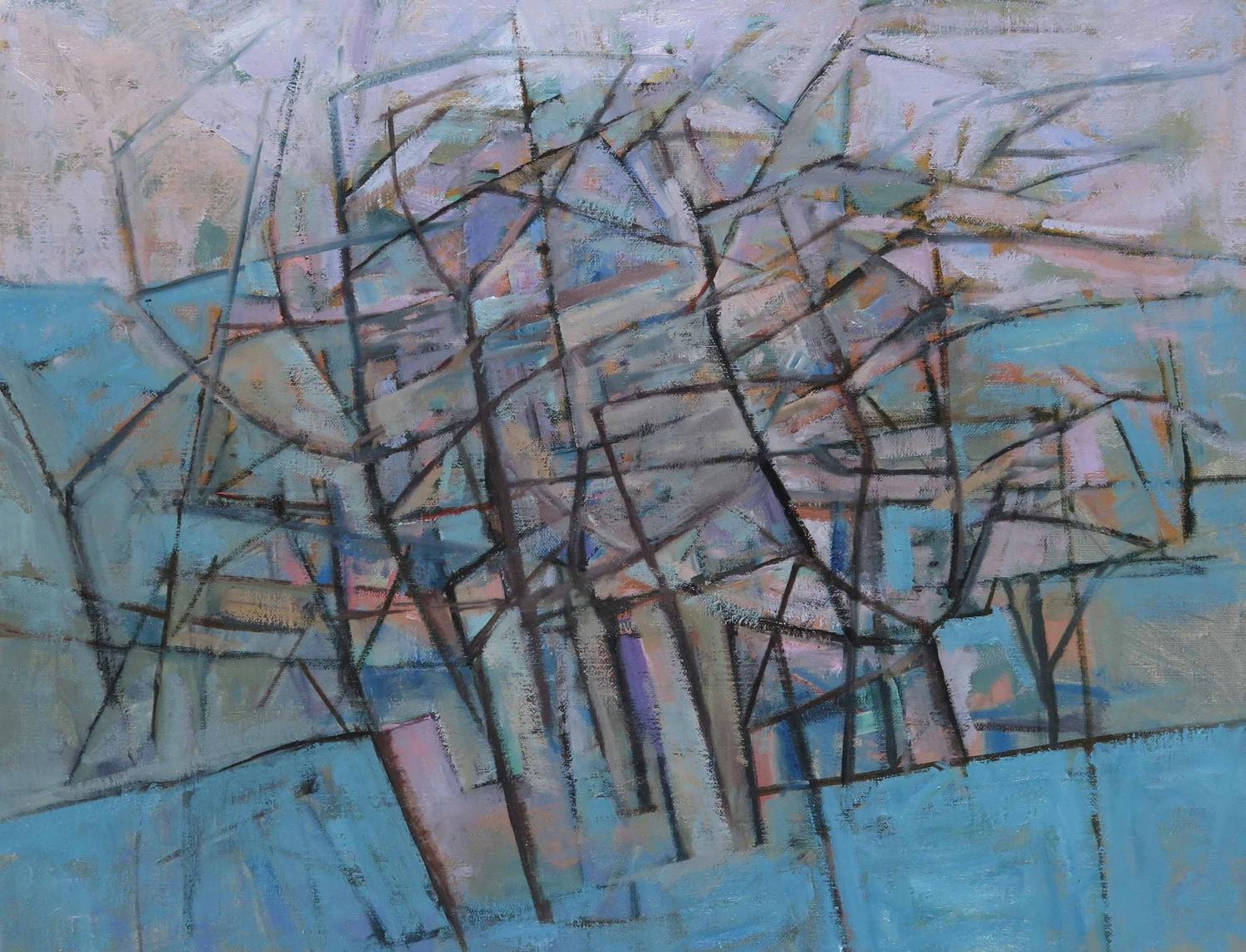 Oil on canvas, signed and titled on reverse.

Born in Newton Abbot, Devon in 1922, his parents were both teachers. He attended Paignton School of Art and later studied at the Royal Collage of Art until he was called up for war service in 1941. After the war he returned to the Royal College and in 1948 started teaching at the Winchester School of Art.

Mount conceived his sculpture in relation to the Cornish landscape yet his fascination for machinery led him to develop more angular forms.The distinction between Mount’s paintings and sculptures lay in the difference in the media, instead of being pictures of sculptures they aim to be a representation of space in its entirety. Either man-made spaces or landscapes broken into seemingly abstract planes, they stand alone yet there is a relationship in their styles.

The painting here is an extremely good example, without a title ‘Mistral’ appears to be an abstract work yet with a title it comes alive as a tangle of trees with distant fragmented rooftops in the background. 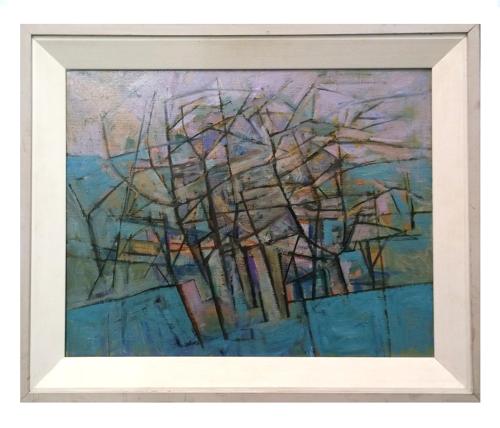