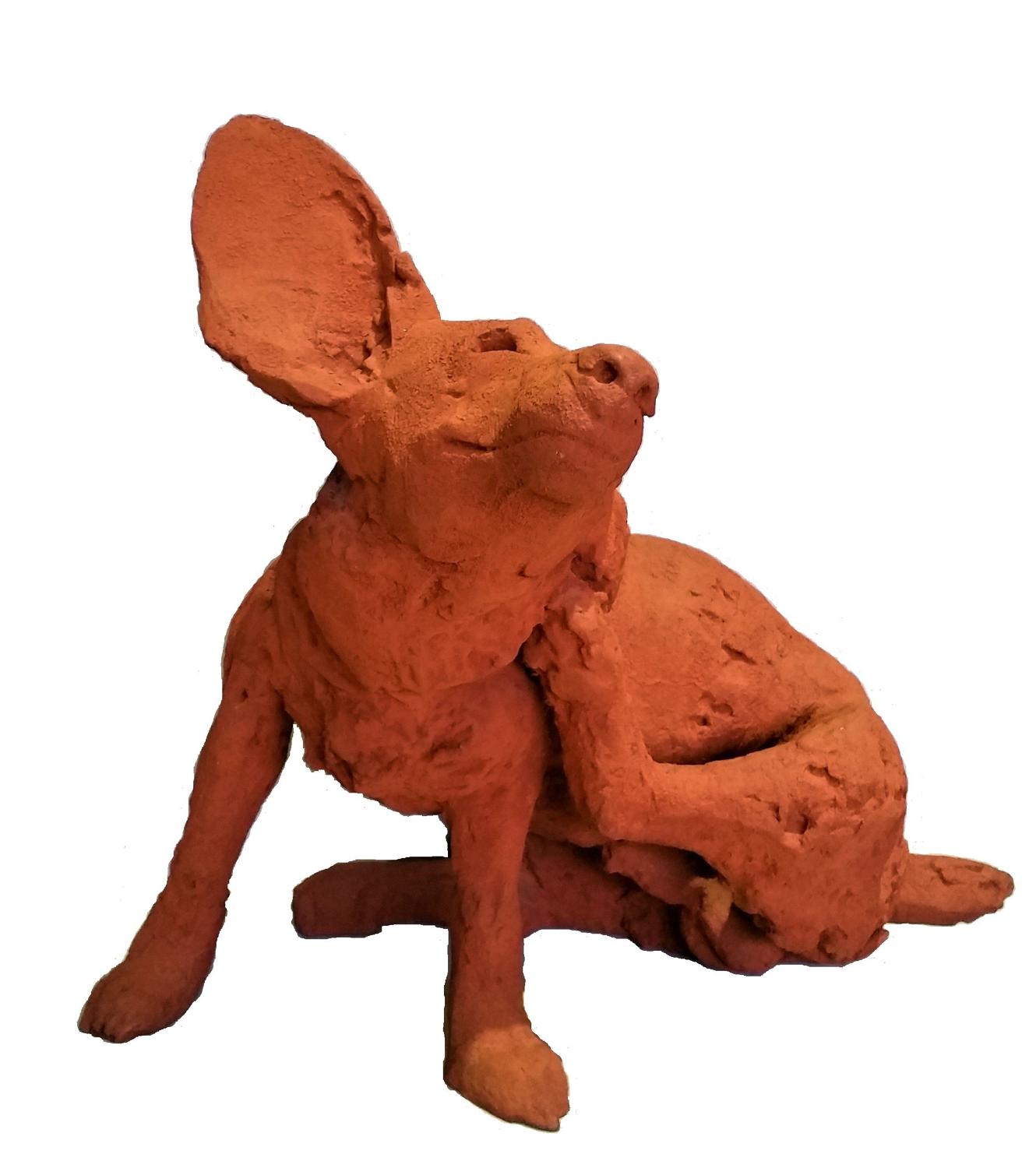 Provenance: Robert Heller Collection, Heller was a collector and partner in Flowers Gallery.

Another example in the Joseph M Cohen Collection, New York.

Nicola Hicks is best known for her works made from straw and plaster, mostly animals and mythical beasts. She studied at both the Chelsea School of Art and The Royal College of Art graduating in 1985.  In this year after being recognised by Elizabeth Frink as a being gifted sculptor she had her first solo show at Flowers Gallery in London.

Hicks's media of plaster and straw, sometimes clay and straw, are rendered permanently in bronze with every detail reproduced. The patinas are coloured to represent the original study, this is unlike traditional transfer to bronze where the metal and bronze patinas take over from the original conception.

Hicks has exhibited internationally and has works in public collections in the UK and worldwide. 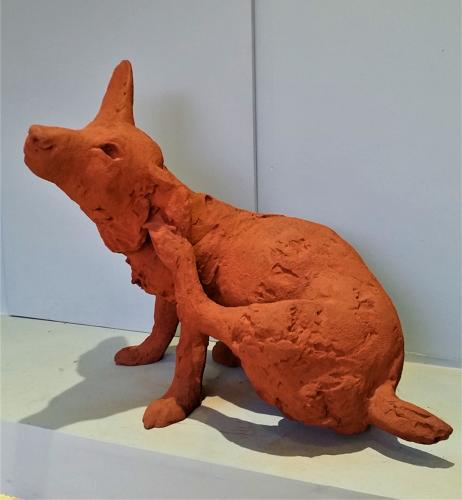 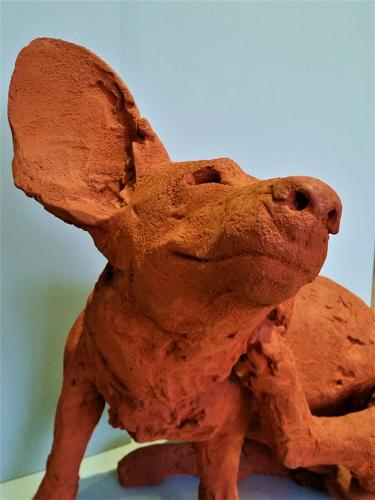