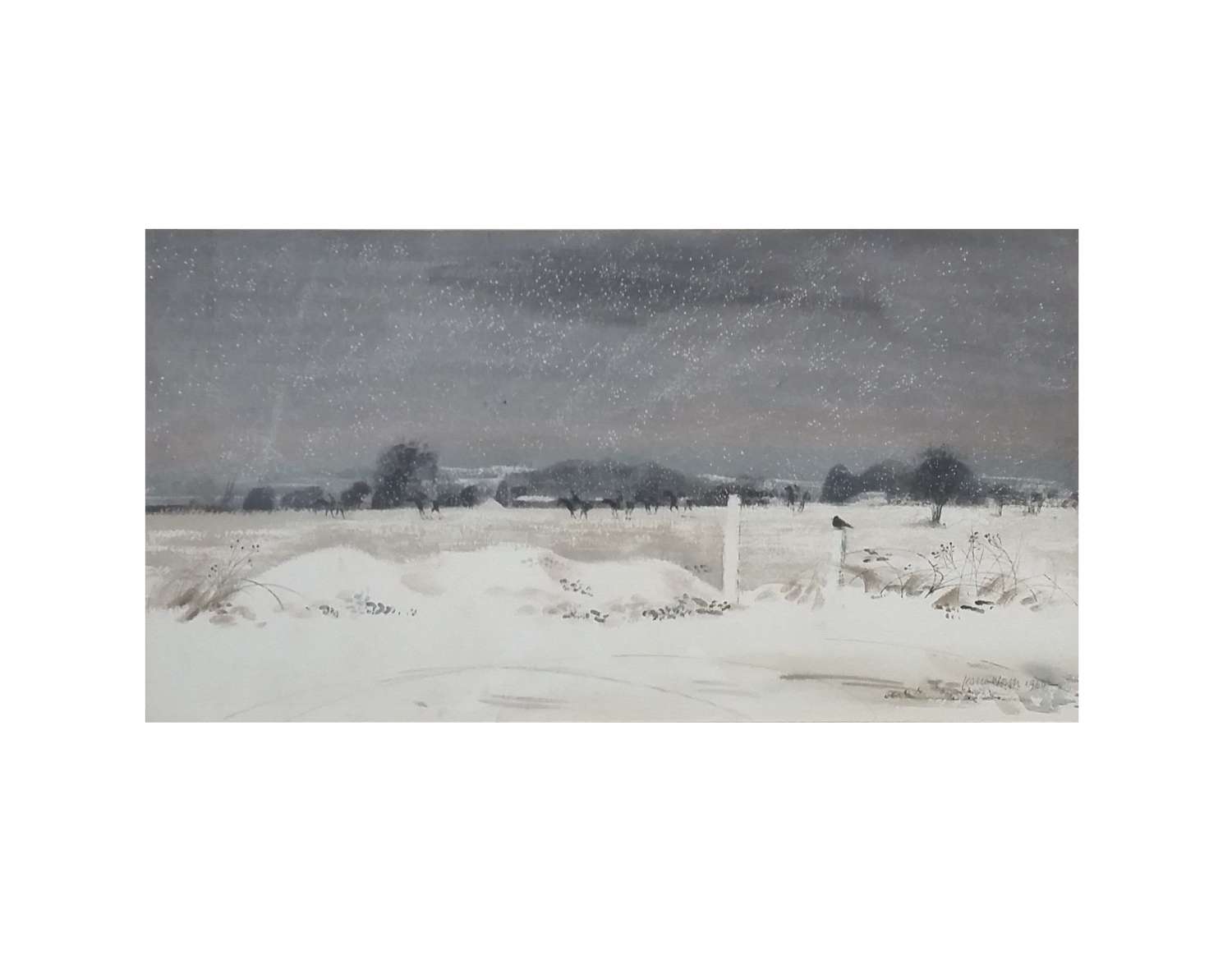 Riders in the snow (Epsom Downs)

In original oak frame and mount.

'I have found useful - a seventy-two pound 'not surface' paper of the Whatman variety: it seems to me to possess advantages in that it is brilliant in its luminosity and has a weight of surface which will allow repainting and yet still retain its freshness. This painting Riders in the Snow, was painted on this paper. The areas of snow were left as white paper and the falling flakes picked out with the tip of a sharp knife.' Leslie Worth commenting on the painting.

Leslie Worth was born in 1923 in Bideford, he studied at Plymouth School of Art and later, the Royal College of Art. He has exhibited at the RBA, the RWS and New English Art Club as well as the Royal Academy. In 1955 he won the Hallmark international Award in New York.

He held his first solo show at Agnews in 1956 followed by many others, his atmospheric snow paintings proving very popular.

In 1958 he sold, Evening on Epsom Common to HM the Queen Mother and in 1959 the RA purchased one of his works for their permanent collection.

Leslie Worth taught at Epsom College and lived in the area with his family, painting many local scenes on the Downs.

His obituary in The Guardian hailed him as 'one of Britain's finest watercolourists.' 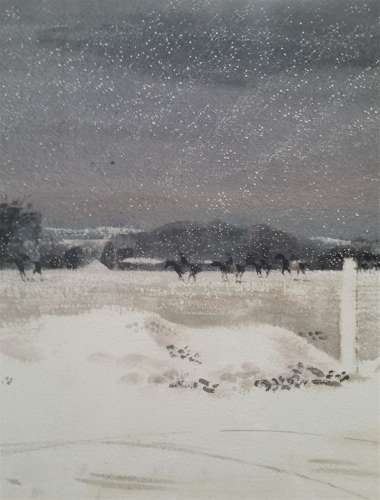