Pen and watercolour wash on paper.

Provenance: Bowdon Old Hall, Cheshire Collection of the family of Lord Lee of Trafford. In the collection since the 1930's.

From 1904, his drawings were regularly published in satiric journals. 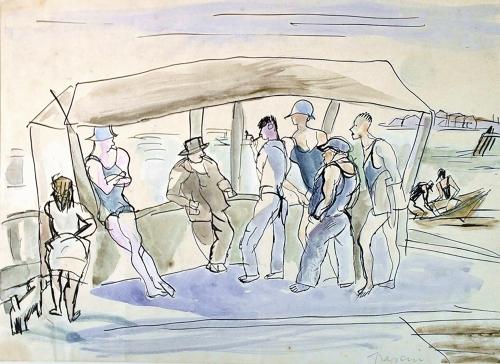