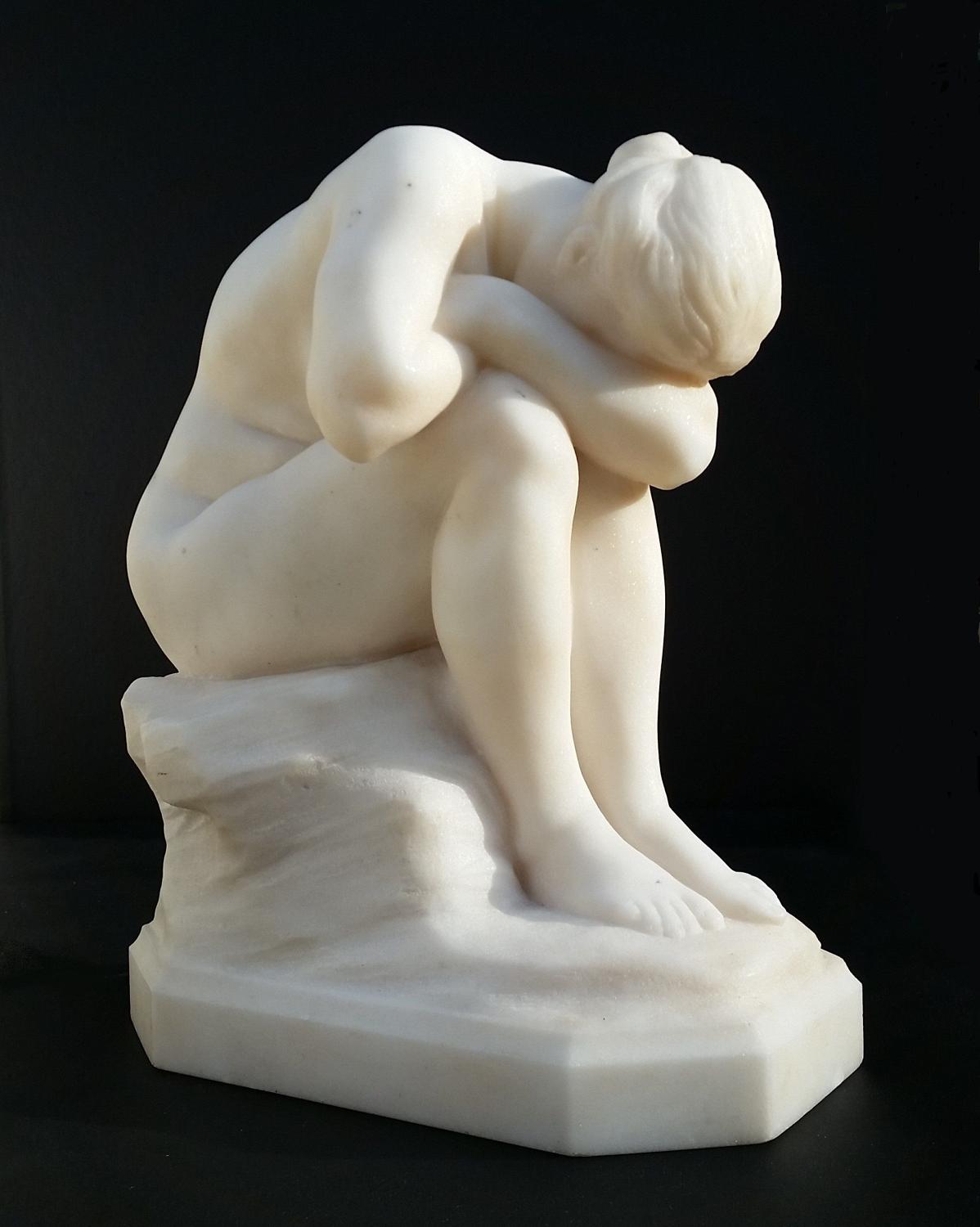 Marble versions of Dalou’s work are extremely rare, they were carved by August Becker (1868-1944), an associate of Dalou and his ‘chef d’atilier’.  His high quality carving is extremely fine and delicate, translating Dalou’s plaster form into convincing, contrasting textures of flesh and rock with ease.   Becker protected his rights to carve the marble editions of Dalou’s work after his masters death. Becker would later entrust the Susse Frères with the sale of the marbles made in the Dalou workshop. In January 1918 a small and a large marble version of La Verité Meconnue were exhibited by the Susse galleries.

The nudes were not edited in Dalou's lifetime and it was not until after his death in 1902 that the models were transformed into the more permanent materials of bronze and marble, according to his will, when the rights were purchased by the Hebrard and Susse foundries. Although the model is often seen in bronze, the present marble version is extremely rare.

Dalou began modelling his nude studies during his exile in London from 1871 and probably continued until the 1890's. The nudes display a fascination with the subject and seem to have been made for the artists own interest. The sculptor worked and re-worked a series of models depicting nudes in guises typical of the genre, such as before and after the bath, towelling themselves, standing, bending down, or seated, taken by surprise or removing their stockings. These were more intimate sculptures than his studies of labourers and number among Dalou’s finest works. He chose to keep them private and they were never exhibited publicly at the Salon; they would be seen only in his studio or at private exhibitions. Despite this, they did not escape notice and his works of female nudes were well known, celebrated and collected during his lifetime. 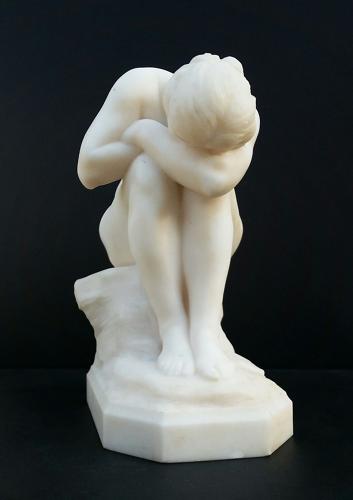 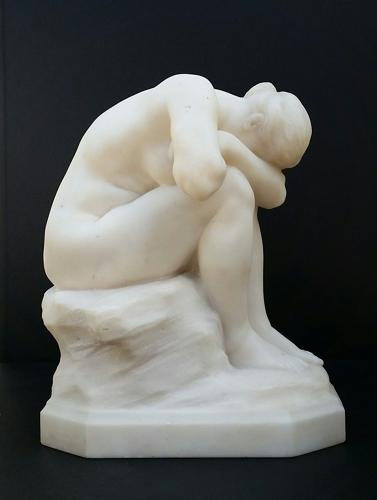