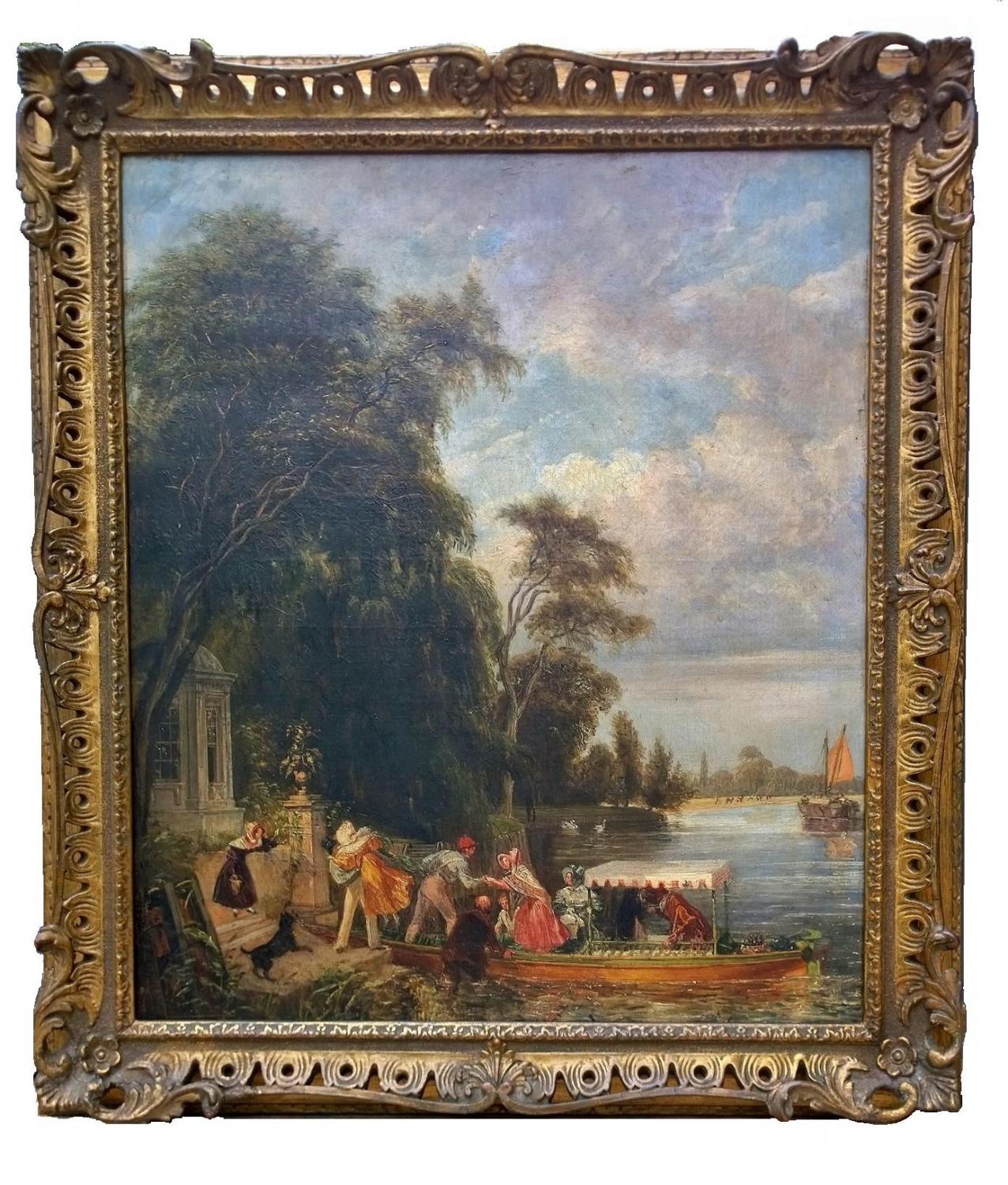 This painting was thought to be of Garrick’s Temple on the Thames at Hampton. Research shows this was not the case, though Chalon painted Thames views including a view from Richmond Hill and Thames views at Richmond. This work skilfully combines landscape and genre, the scene is set in the foreground at start of a colourful party, a sweeping view of the Thames and a pastoral scene in the background. The sky has a slightly ominous overtone.

Born Geneva Switzerland 1778 of a French Hougenot family Chalon was brought to England with his family at an early age, his father had secured a position as professor of French at the Military Academy in Sandhurst in 1789. His younger brother Alfred Edward was also a successful artist.

He was not a prolific artist spending much of his early years teaching, there are works by Chalon in the Yale Centre for British Art USA, the Victoria and Albert Museum, Maritime Museum Greenwich, British Museum, and Birmingham City Art Gallery. 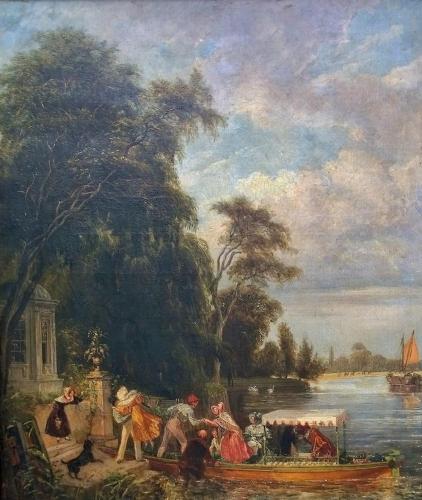