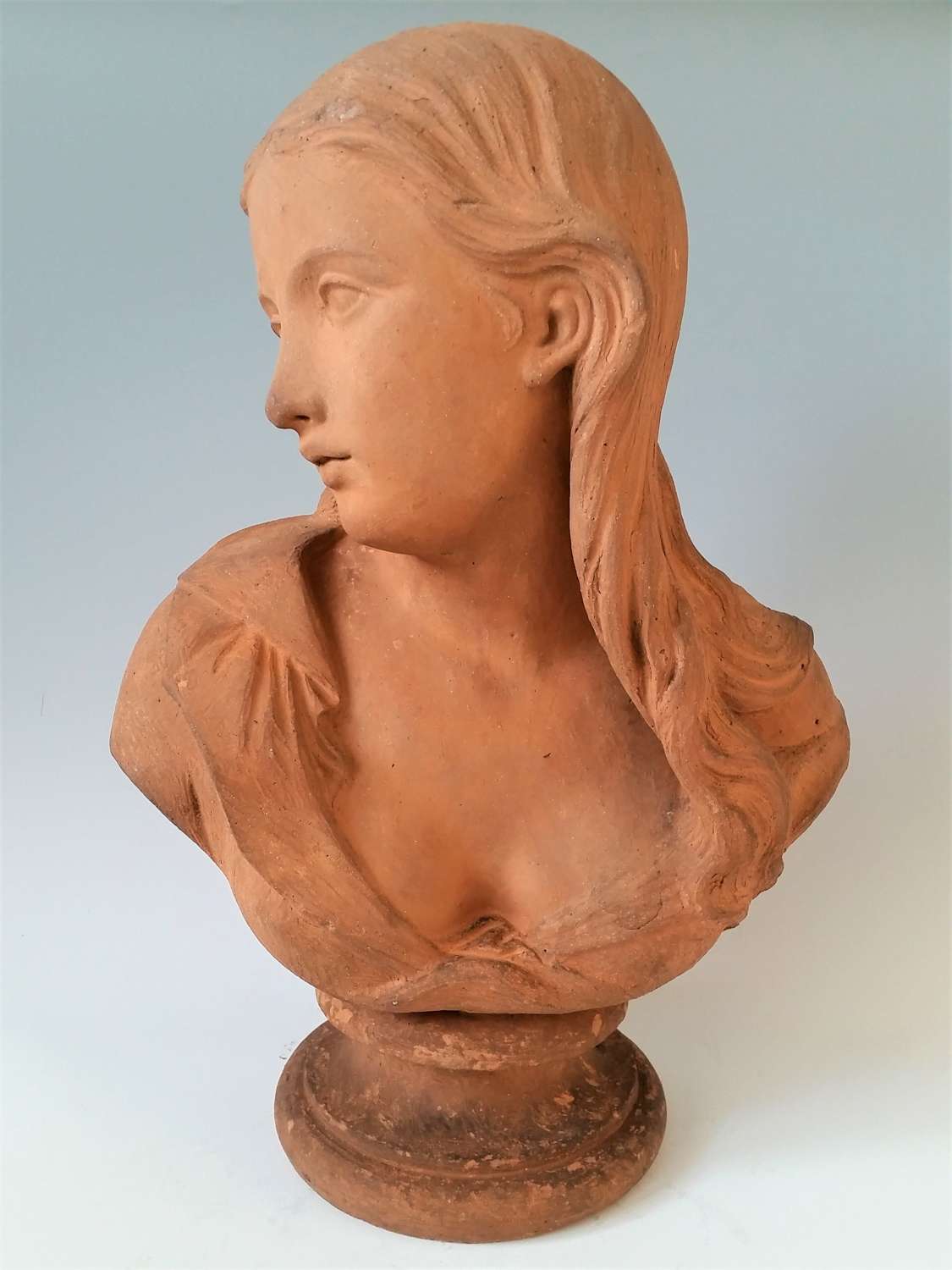 This recently rediscovered work is a' Bust of Dorothea',' Dorothea' as a full size figure was first exhibited at the Royal Academy in 1839, along with' Babes in the Wood' both works met with critical acclaim. 'Dorothea' proved to be very successful and Bell's most popular work. It caused a stir at the time as there was a perceived likeness to the young Queen Victoria. In fact many copies were purchased by the Queen's father in law the Duke of Saxe Coburg. Bell was aware of the popularity of this work and in later years it did get adverse criticism due to it representing all that was sentimental and saccharine in Victorian art. Bell was probably aware of this but it remained one of his favourite pieces, a half size marble version was carved as late as 1881 and given as a wedding present to his daughter.

This piece is the only version in terracotta and was probably fired in the Doulton kilns as Bell was working with them at the time on a huge terracotta version of 'America', one of the supporting sculpture groups of the Albert Memorial.

Bells career was to take up the whole of the Victorian era, he was a friend of Prince Albert and Henry Cole and  exhibited many works at the Great Exhibition, he later worked on the Albert Memorial He was an artist of the industrial age, designing domestic size sculptures which were produced by Minton and fountains and statues which were manufactured by Colbrookdale.

This piece is a very rare original work by the Artist. 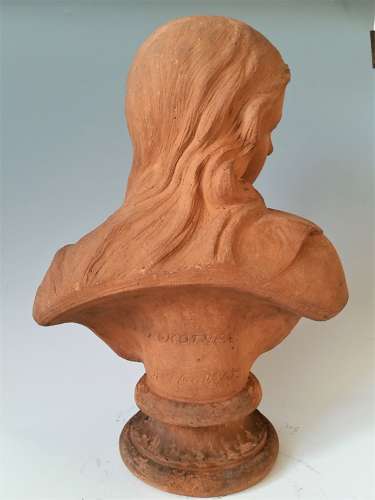