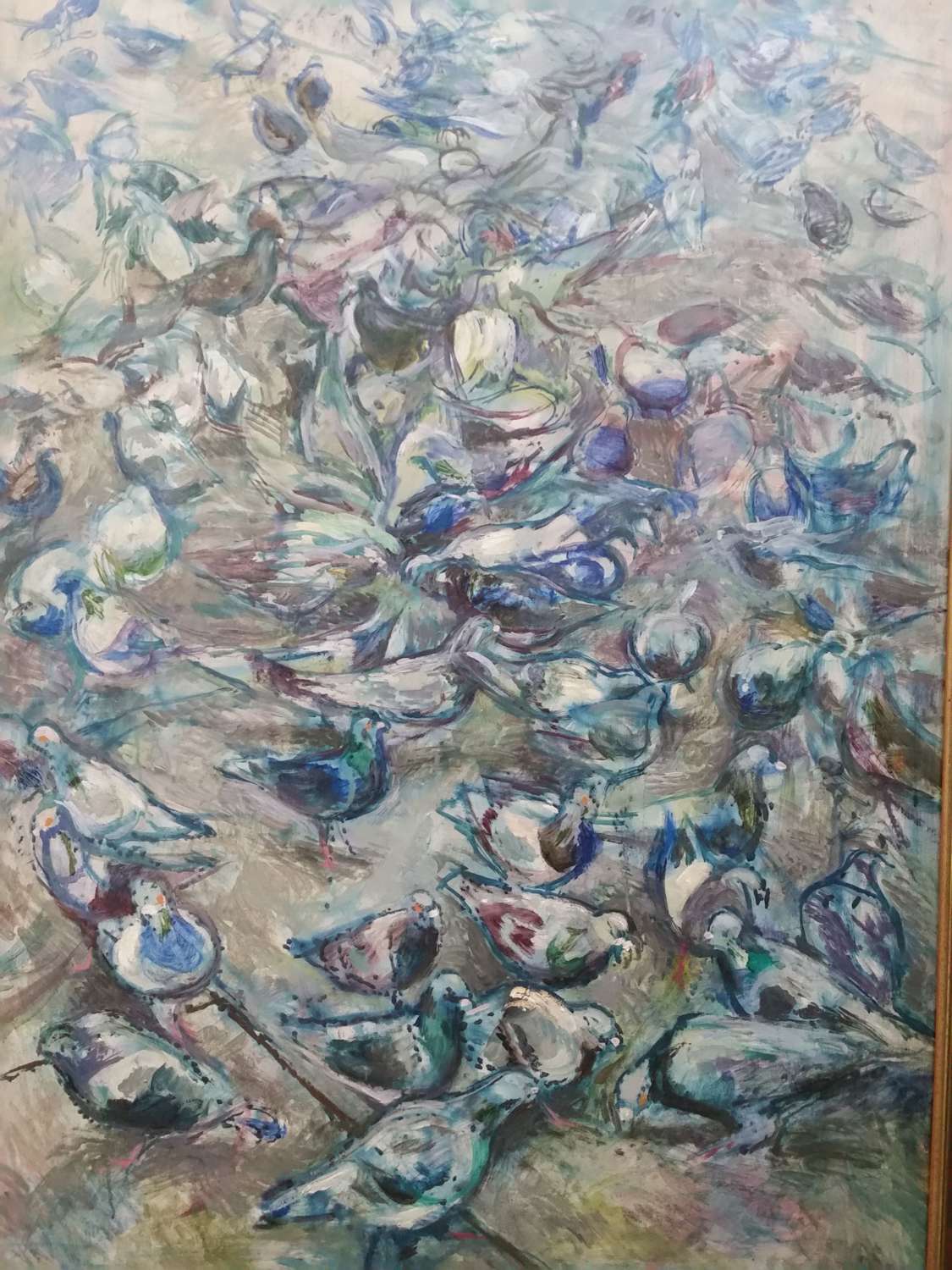 Oil on board, signed lower right

At the age of 14 James Neal went to St Martin’s School of Art where he was taught by Leon Underwood, who also taught Henry Moore.  Neal spent a further four years studying at the Royal College of Art, where his teachers included Gilbert Spencer, Barnett Freedman and the Yorkshireman Vivian Pitchforth. During this time at the RCA, he won the Spencer Prize and dined with Stanley Spencer.

After the war, he did book illustrations and taught part time at Willesden and Hornsey art schools before getting a full-time teaching job at the London School of Printing.

In 1958, he renewed his acquaintance with Hull and East Yorkshire when he was appointed Lecturer in Painting and Drawing at the Hull Regional College of Art.

After 1958, Neal was a regular exhibitor at the Ferens and Beverley Art Galleries as well as at galleries further afield. Forty of his paintings had been exhibited at the Royal Academy by 1986, and several galleries and public collections include his work, including Shipley, Leeds and Sheffield art galleries.

W.T. Oliver, the then distinguished art critic of the Yorkshire Post, wrote in 1965 that Mr Neal “learned something from Lowry, finding significance in the meagre pattern of suburban house fronts”.