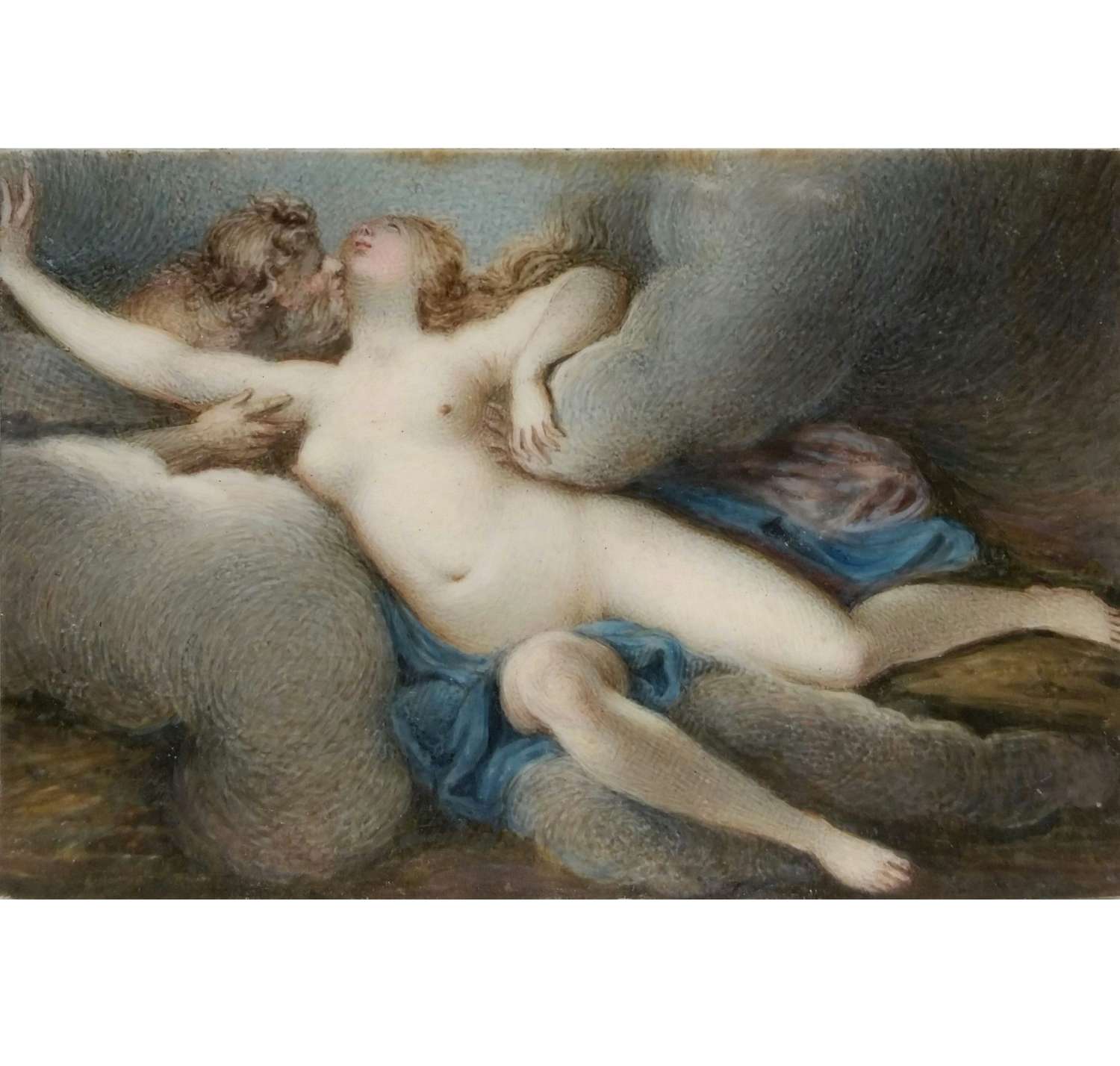 Jacques Charlier was considered one of the finest miniature artists of his time, a pupil and collaborator with Francois Boucher (1703-1770), during his career he produced many examples of his masters works in miniature.

He was born in 1720 and little is known of his life, though it is thought he came from a poor Parisian family. It is recorded that from 1753 and he was appointed painter and miniaturist to king Louis XV. Other clients of the court included Mdm Pompadour and the Duc de Caylus who owned ninety works by Charlier.  Few works are signed by Charlier and his career is undocumented, he was obviously held in high esteem as both the Duc de Caylas and Duc d’Orleans both settled annuities on him.