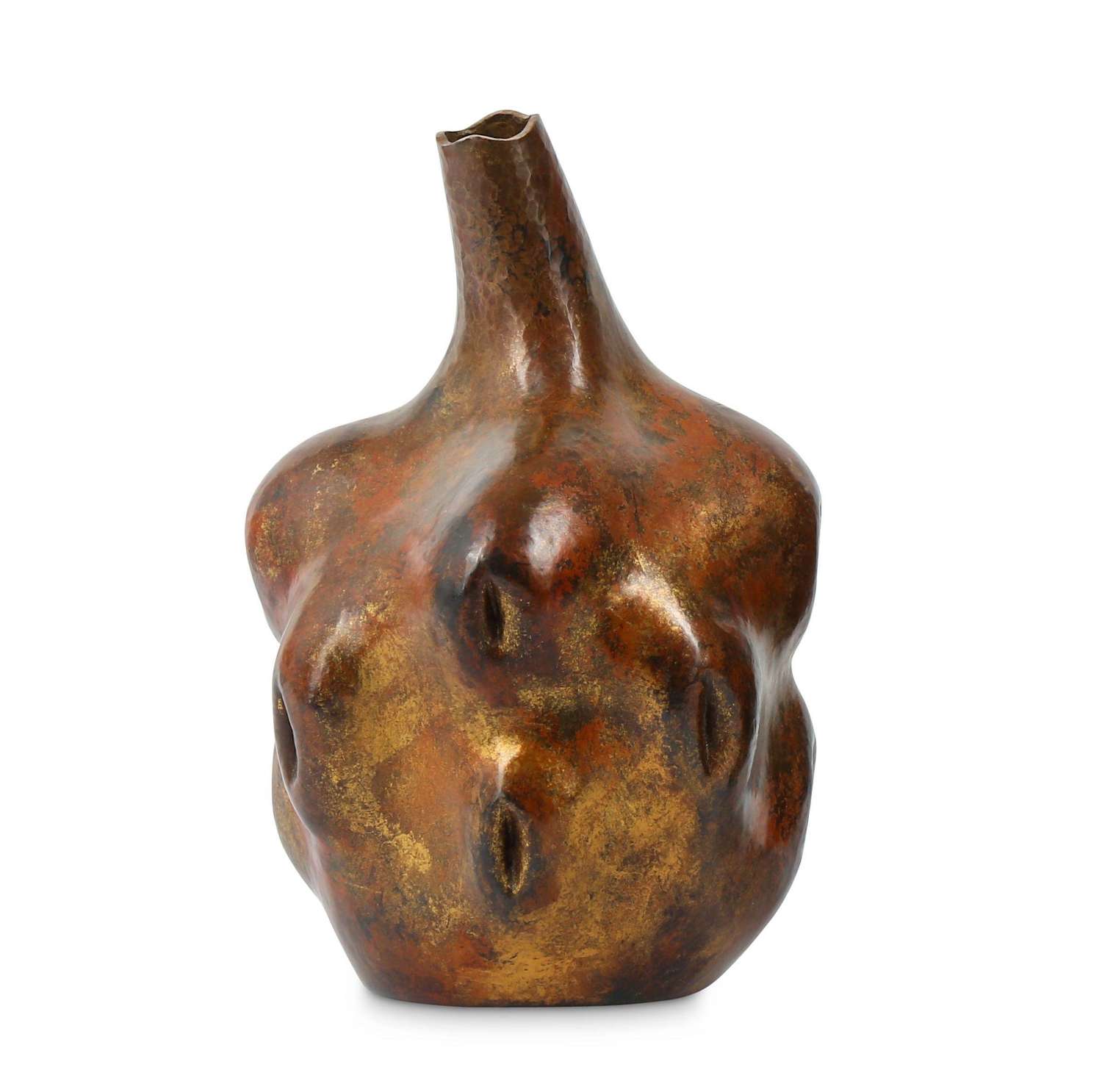 Hand wrought from a flat sheet of metal.

The artist has comfirmed that this work was made in 1996 whilst he was studying at Camberwell.

Born in Japan and with a BA in silversmithing from Tokyo University, Hiroshi Suzuki moved to the United Kingdom in 1994, he studied metalwork at Camberwell School of Art and completed his MA at the Royal College of Art in 1999.

Suzuki has worked in silver since 1999 when he was introduced to it by visiting Danish designer Alan Scharf, prior to this he worked in copper and gilding metal. Whatever the metal each of his works aim to simulate the patterns found in nature: waves, curves and ripples.

This is a rare and beautiful example of his copper work, the patination adding a further dimension, it is interesting to note that his most recent works have added colour in the form of enamel.

Suzuki currently has works in over thirty major public collections across the world including the Victoria and Albert Museum, London, and the Museum of Arts and Design, New York.