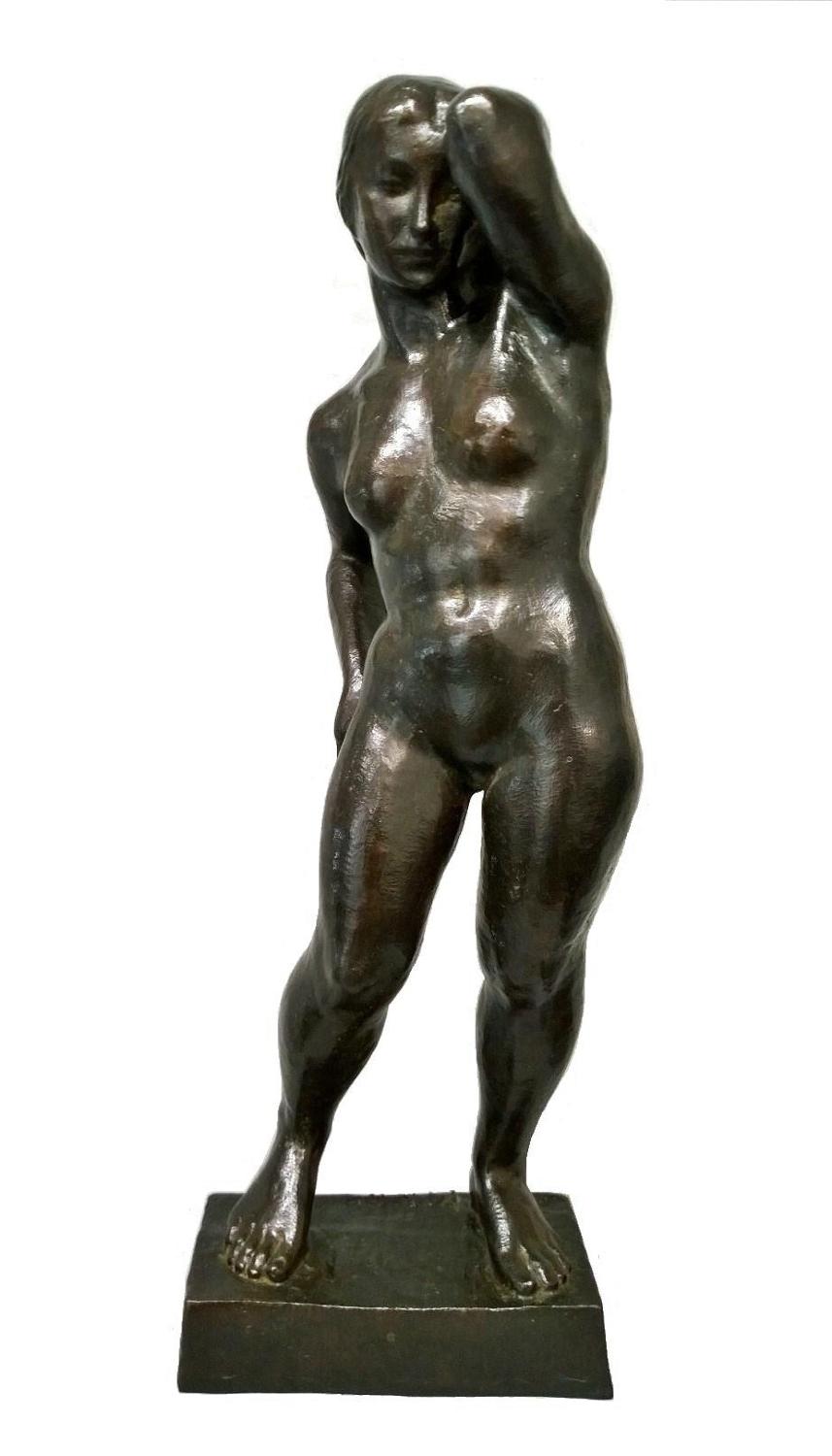 Bronze Signed F.Carasso  6 from an edition of 8.

Born in Italy 1n 1899, his family had very little in the way of income so at the age of 13 the young Carasso was sent to work at the Fiat factory in Turin. He chose to work the night shifts so that he could paint and draw during the day.  Always having a strong political conviction and by the 1920’s he was actively involved with the Communist party. Within two weeks of Mussolini seizing power in 1922 Carasso had fled the country to France. He found work but his active politics got him into trouble so he was deported in 1928, he went to Belgium and again deported.

He did exhibit in Belgium courtesy of James Ensor who appreciated his work though Carasso had to use a pseudo name as he was wanted by the authorities for his political views.

He arrived in the Netherlands in 1933.

In the Netherlands his sculpture developed and by 1938 he had his first exhibition in Amsterdam. His career progressed and in 1958 he was a Professor at The Jan Van Eyck Academy in Maastricht.  Carasso lived in the Netherlands for over thirty years yet he got by without speaking any Dutch.

He designed many public works in and around Northern Europe. The most notable and contentious was a memorial to the Merchant Navy in Rotterdam called ‘The Bow’, it is 46 meters high and caused criticism from the sculptor Ossip Zadkine, which Carrasso took badly, though he defended his work and hit back at the undeserved status that he felt Zadkine held.

Carasso’s smaller works varied in style from abstract/surreal to natural and classical. Akin though not necessarily influenced by Henri Laurens and Maillol for the classical pieces. He also designed plaques and medallions as well as continuing to paint.

His spiritual home was still Italy and after1945 he made frequent visits, taking back to the Netherlands the influence of the modern movement especially the work of Marini whom he greatly admired. 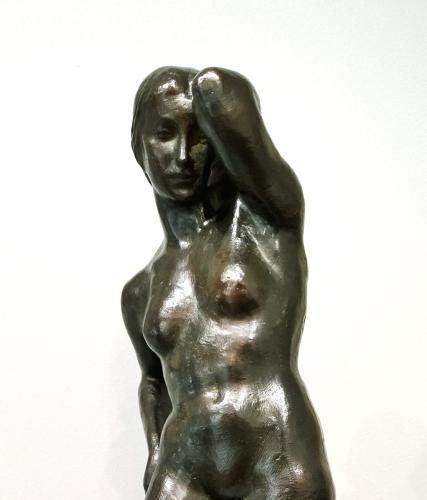 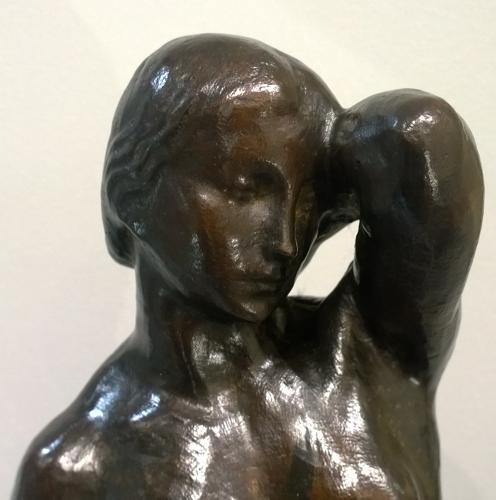 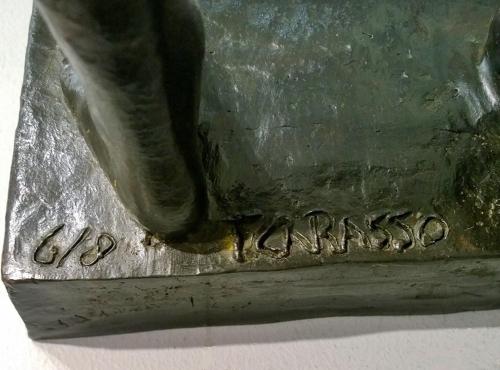