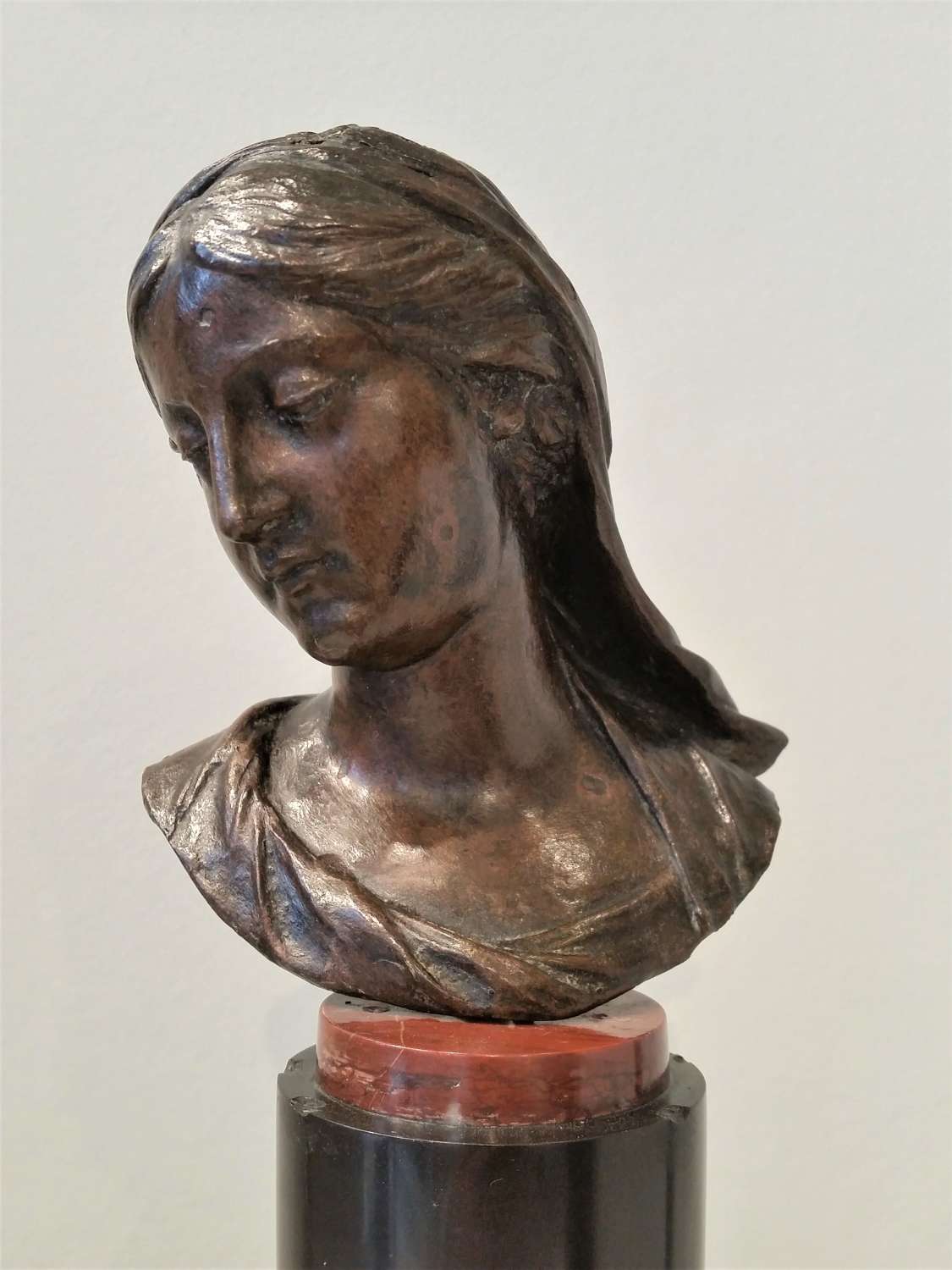 Bust of the Virgin

Bronze circa second half of 17th century on later 19th century base.

This bust of the Virgin is amongst Duquesnoy’s most popular creations, originally paired with a bust of the young Christ this lost wax casting dates from the mid to late 17th century.

The author Bellori records that a pair of terracotta heads of the Virgin and young Christ were in the collection of Francesco Barberini, from these Duquesnoy cast versions in silver for Queen Henrietta Maria and Cardinal Camillo Massimi (G P Bellori, Le vite de pittori,scultori et architetti moderni, Rome 1672,p.238) Bronze examples are in the Galleria Estense, Modena, the Kunsthistoriches Museum Vienna and the Victoria & Albert Museum.

See Wikipedia entry for Francois Duquesnoy for a detailed biography. 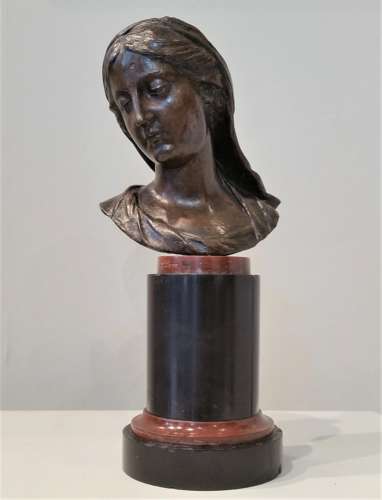 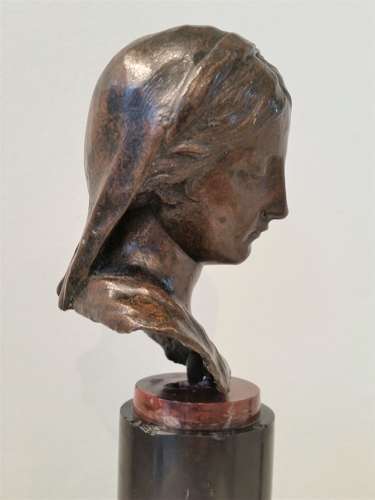 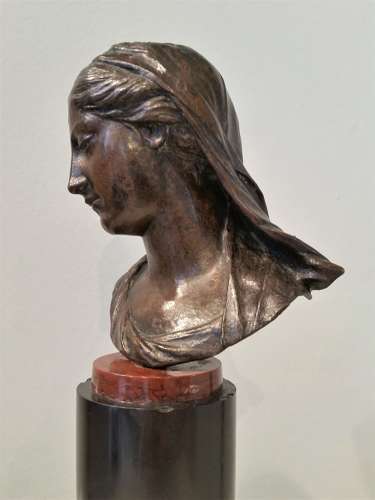 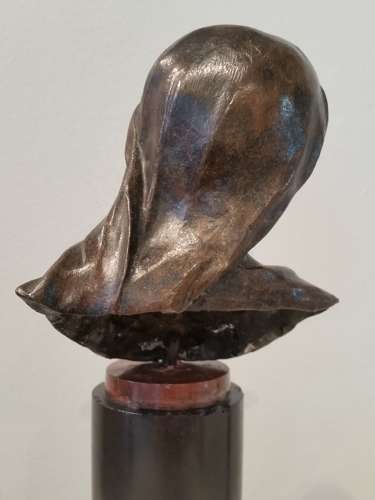