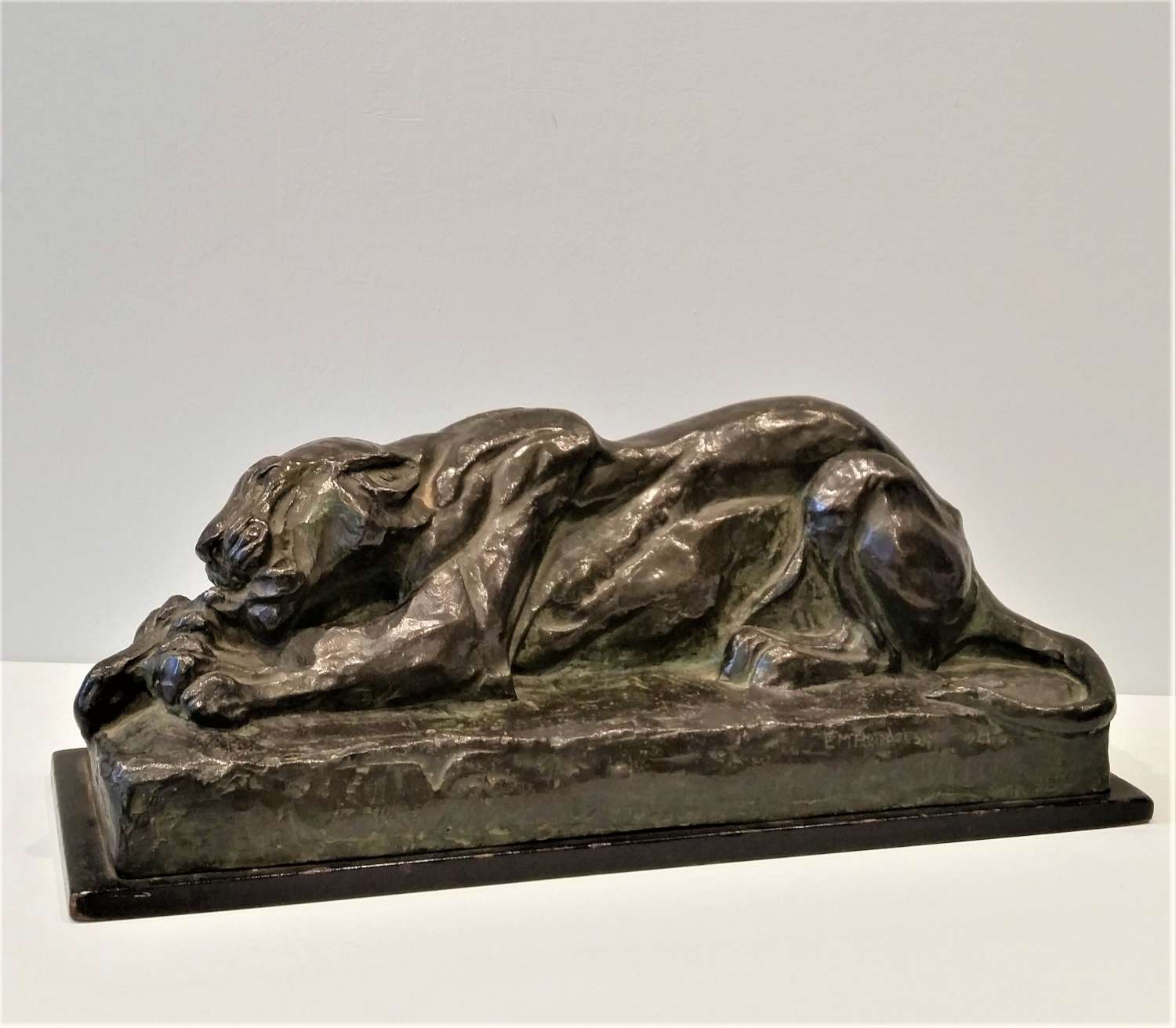 Henderson was one of the great talents of early twentieth century painting and sculpture. She is best known for animal drawings, and as an animal draughtsman she stood out among 20th Century artists. Her most characteristic works were those depicting the big cats, capturing their power and elegance.  Works are to be found in the collections of Tate Britain, British Museum, Victoria and Albert Museum’s in London, the Fitzwilliam Museum in Cambridge, Manchester City Art Gallery, Guernsey Museum & Art Gallery

Born in Sussex, she was raised in Guernsey, her mother was an amateur painter and encouraged her to draw. Elsie studied at the Slade School 1903–5 where she was taught by Fred Brown, Henry Tonks and Philip Wilson Steer.

She continued her education, doing a European tour, she moved to Paris and took lessons at various ateliers in the city. In 1912 Henderson studied with Othon Friesz before spending 1913 in Italy observing master paintings and works.

In 1914 at the start of the First World War Elsie moved to Guernsey, living with her sister but in 1916 she enrolled at the Chelsea Polytechnic, where she was taught lithography by the artist Francis Ernest Jackson, one of the pioneers in British lithography. In London she became a frequent visitor to London Zoo and animal drawings and paintings became a major theme of her early work. While still a student London Transport commissioned a poster from her to promote travel to the Zoo, which was well received.

Henderson started her own press and became a member of the Senefelder Club for printmakers. Between 1921-1924 she joined Lucien Pissarro’s short lived art society, the Monarro Group, one of only two women members. In 1924 Henderson had her first solo exhibition at the Leicester Galleries in London. The exhibition consisted of drawings, lithographs and bronze sculptures of, often savage, animals such as Jaguar Tearing its Prey and Leopard Killing a Parrot. She had a joint exhibition with Paul Nash. Between 1927 and 1938 she exhibited with the Society of Graver Printers in Colour.

In 1928 Henderson married Emmanuel Edouard Marie Henri de Coudenhove the French consul to Guernsey. The couple lived on the island during World War Two and throughout the German occupation. Baron de Coudenhove died towards the end of the war and in 1946 Henderson moved to Hadlow Down in Sussex.

During her lifetime Henderson exhibited at the Royal Academy, with the Women’s International Art Club and the Society of Women Artists. A joint retrospective exhibition of Henderson’s work, with that of her friend Orovida Pissarro, was held in 1985 at the Michael Parkin Gallery. 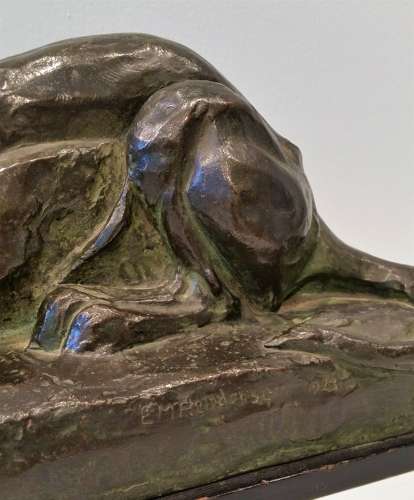