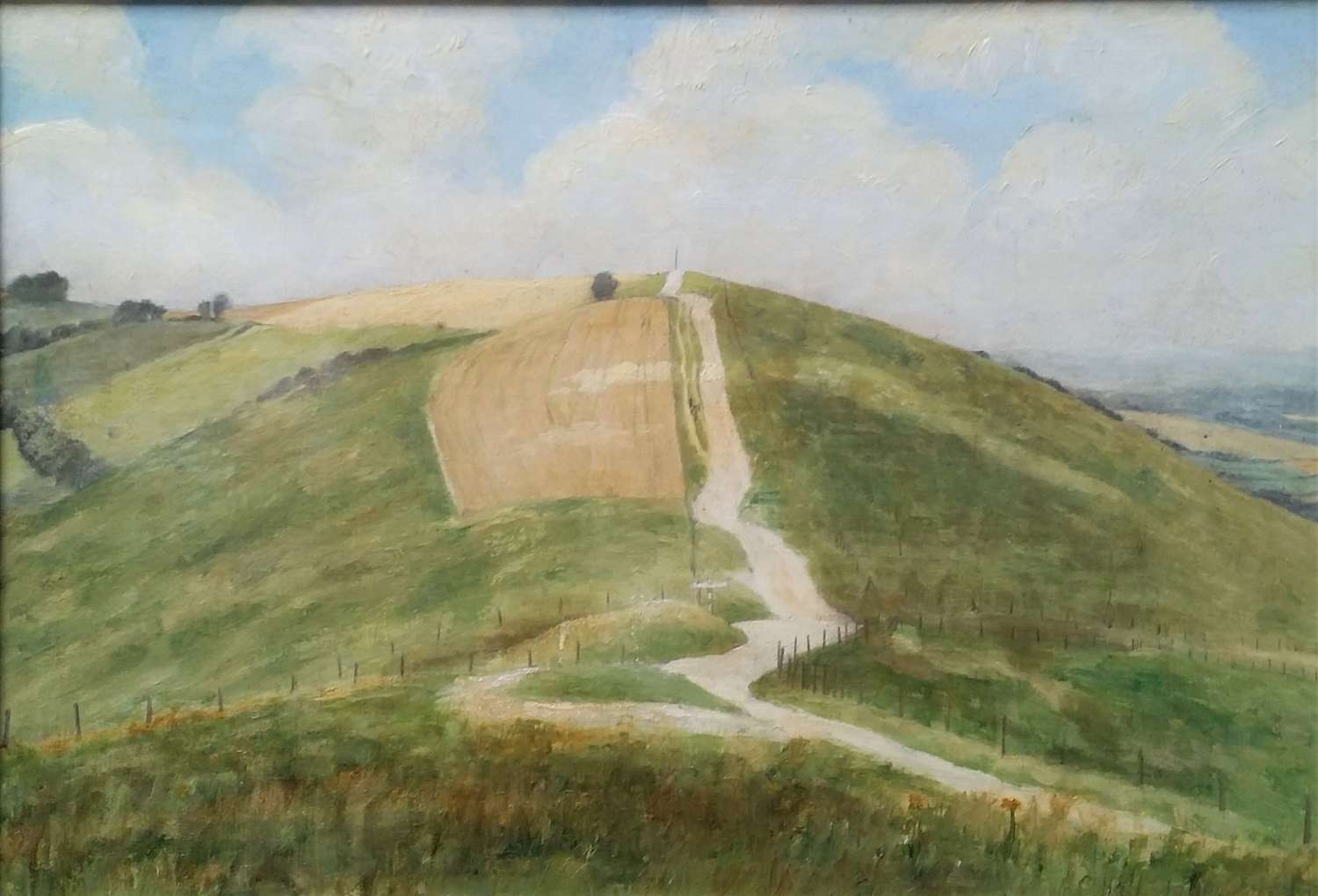 Landscape, oil on board

Christopher studied at the Slade School of Art during the 1950's, after his studies he returned to his hometown of Newbury where later he was to become mayor in 1965.

He is primarily a landscape painter with a keen eye for architecture, his paintings are full of detail rendered in his own style. He would often be commissioned to paint streets and buildings as a permanent record.  In Reading he painted several buildings for Reading Council including humble terrace houses as a record prior to their demolition.

Hall has worked all over the world but for the most part in Italy, France and Wales. He has over seventy works in British public collections, including The Arts Council, Museum of London and The Ashmolean. 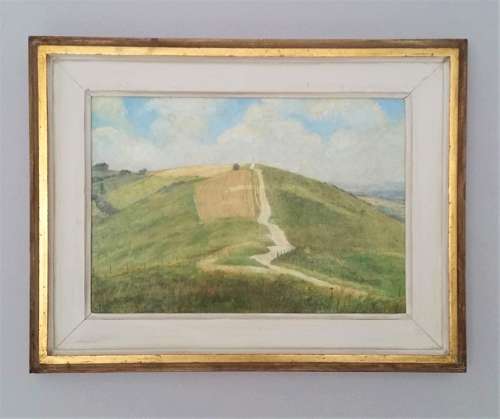 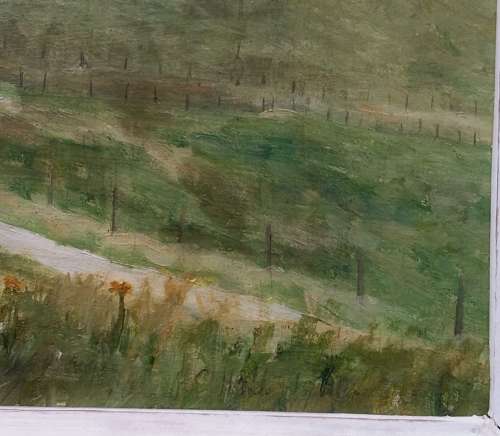