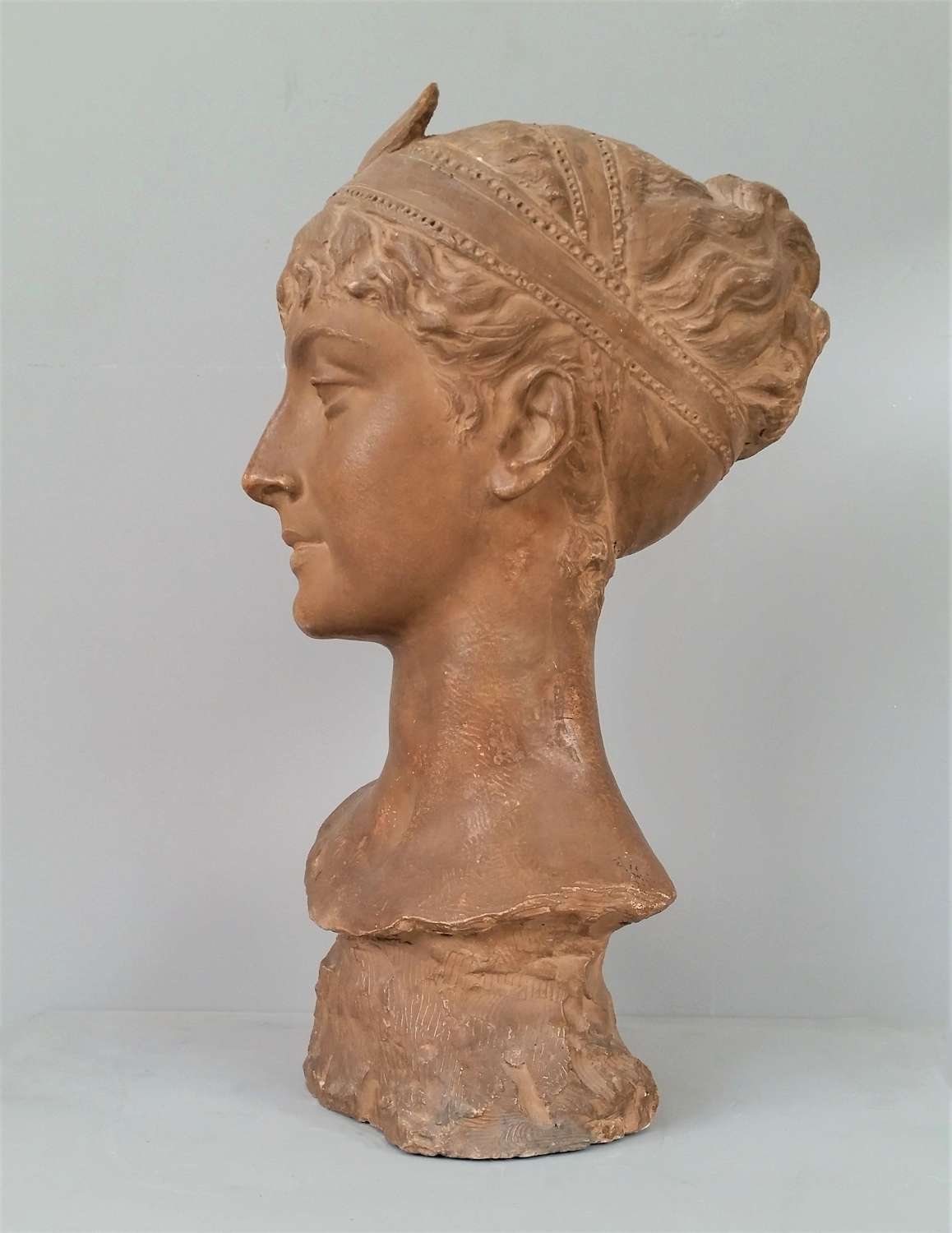 Bust of Diane Valerie de Woelmont as the goddess Diana

Son of a Mauritian solicitor and politician, d’Epinay moved to Paris permanently in 1857 where he decided to pursue a career as an artist. Initially working as a caricaturist, he later took up a scholarship to study in Rome. This turned his attention to sculpture and began a career as a successful sculptor.  He is best known for his sensuous classical female studies and portrait busts of both British and French aristocracy. Queen Victoria purchased his bust of Edward Prince of Wales, he also sculpted a bust of Edward’s wife, Alexandra of Denmark.

He carried out work in Marble terracotta and bronze, his style being a marriage of the antique classical and French decorative flair. He produced sensuous and provocative statues of idealised women, notably the ‘Golden Belt’, exhibited at the Salon in 1874, a standing nude female pulling a belt around her middle,  it gained notoriety throughout Europe.

D’Epinay exhibited at both the French Salon in Paris and The Royal Academy in London, living in London for a period of time as well as Paris and Rome. He was popular with high society on both sides of the channel and he was suitably named the "sculpteur de souveraines" (sculptor of sovereigns). 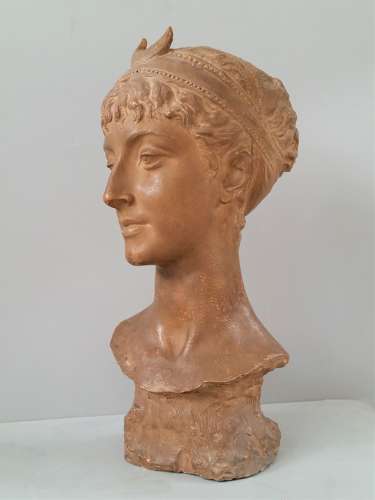 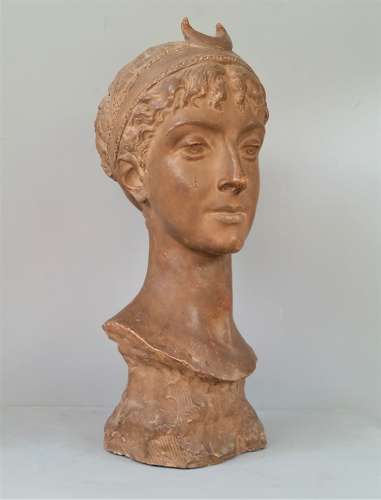 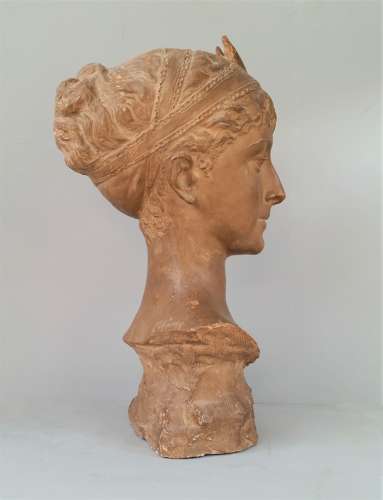 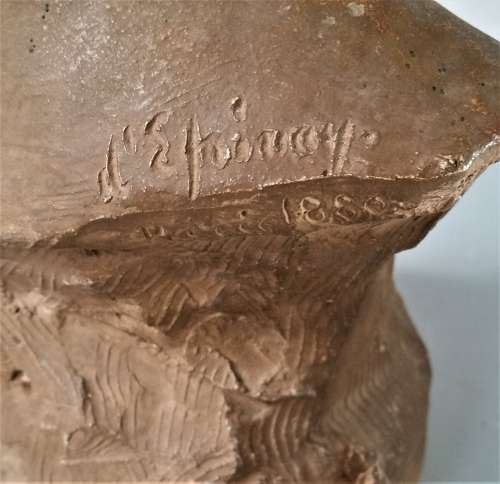 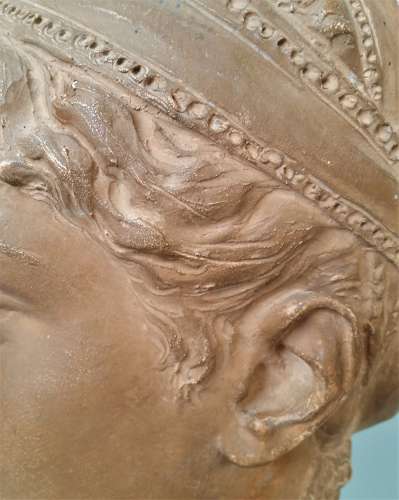