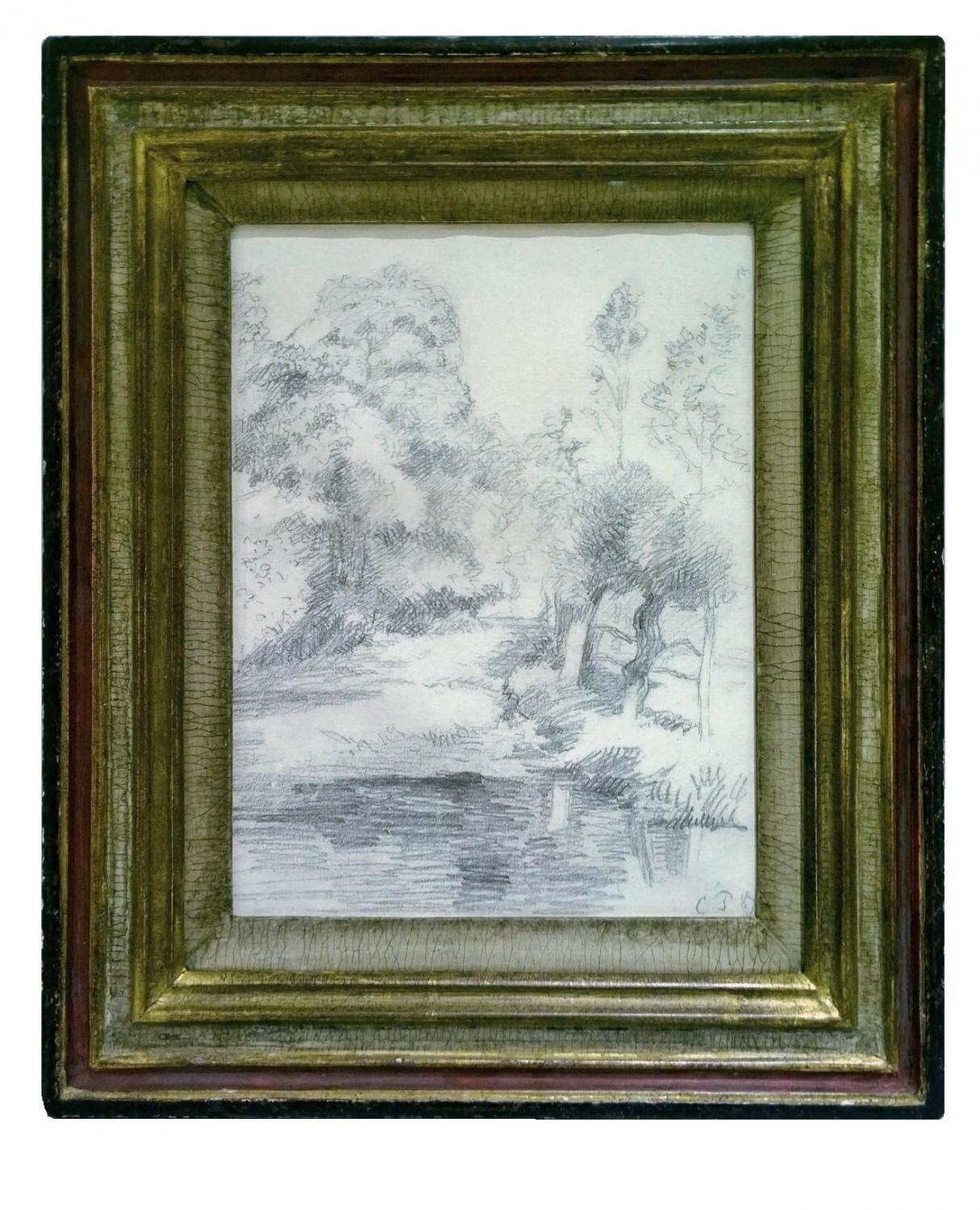 This beautifully detailed drawing was sketched on the banks of the river Epte at Bazincourt near the lavoir or laundry in 1887. A painting with the same title was completed in 1884 soon after Pissarro and his family moved to nearby Eragny, another painting of the same scene 'La Lavoir a Bazincourt' was also done in 1900, now in the Musee D'Orsay, Paris.

Pissarro returned to the same spots in the landscape at intervals of days, weeks, or even years, varying his viewpoint to produce the impression of remarkable richness and diversity within an extremely limited stretch of terrain.

Joachim Pissarro has concluded, "His representations of these fields and gardens constitute the most spectacularly intense pictorial effort to 'cover' a particular space in his career... His infrequent travels always brought him back to Eragny with renewed resources, fresh ideas, and an eagerness to paint the same and yet ever different locations once again" (Camille Pissarro, New York, 1993, pp. 225 and 241).

This drawing remained in the Pissarro family collection until 1969, Camille's son Lucien collected his fathers works and kept them at his house 'The Brook' at Stamford Brook, the collection was inherited by his wife in 1944 and subsequently his daughter Orovida in 1949, a large number of items were bequeathed to the Ashmoleon Museum and a remainder bequeathed to her cousin Tommy upon her death in 1968, 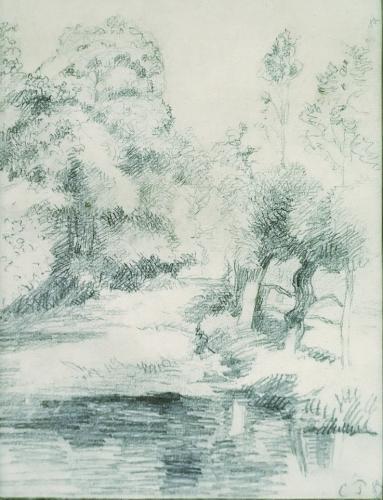