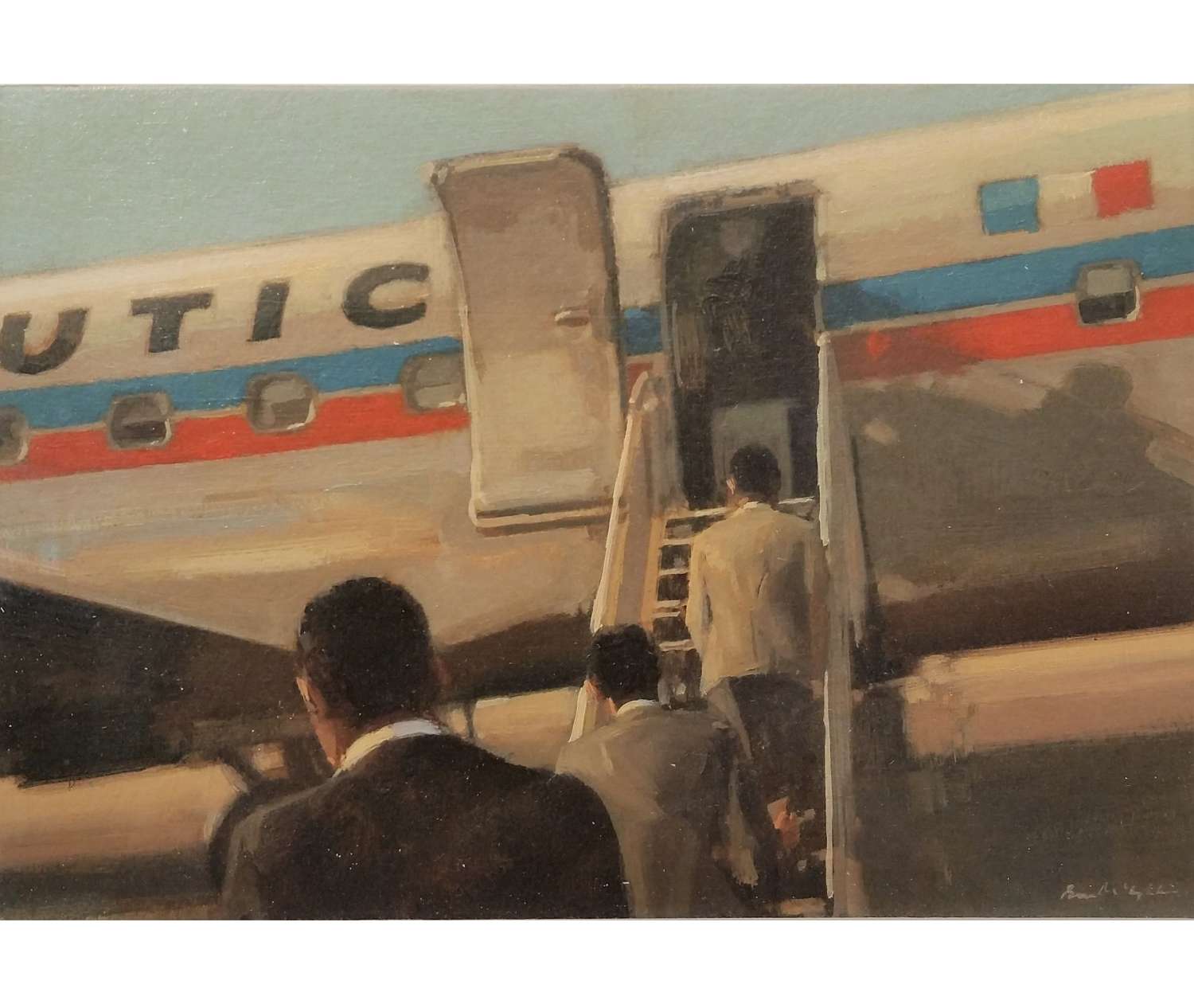 A typical work by Ben McLaughlin, an artist who draws his inspiration from the familiar and gives it an enigmatic twist, cinemographic images and dark corners, cropped shots of newsreel stills in faded technicolour, are all part of his work. The title for this piece is a crossword clue, the answer may be night but then it may not? The plane in the painting is from a French airline called Airnautic which operated between 1958-1966.

Ben McLaughlin was born in London in 1969. He studreceived his BA in Fine Art from Central St. Martin's School of Art in 1993 and later a MA in printmaking from Camberwell College of Art. In 1992 he won first prize from The Falkiners Fine Paper Young Artists Award, he was awarded first prize in the Cohn & Wolfe Young Artist Competition, London and first prize from the Cecil Collins Memorial Award for Drawing, London. In 1994 and in 1996 Ben received first prize for the Médaille d'Honneur de la Ville de Salies-de-Béarn in France. In 2005 he was awarded the prestigious Artist's Residency at The Joseph and Anni Albers Foundation in Connecticut, USA. Ben's work has been exhibited throughout Europe and the USA.