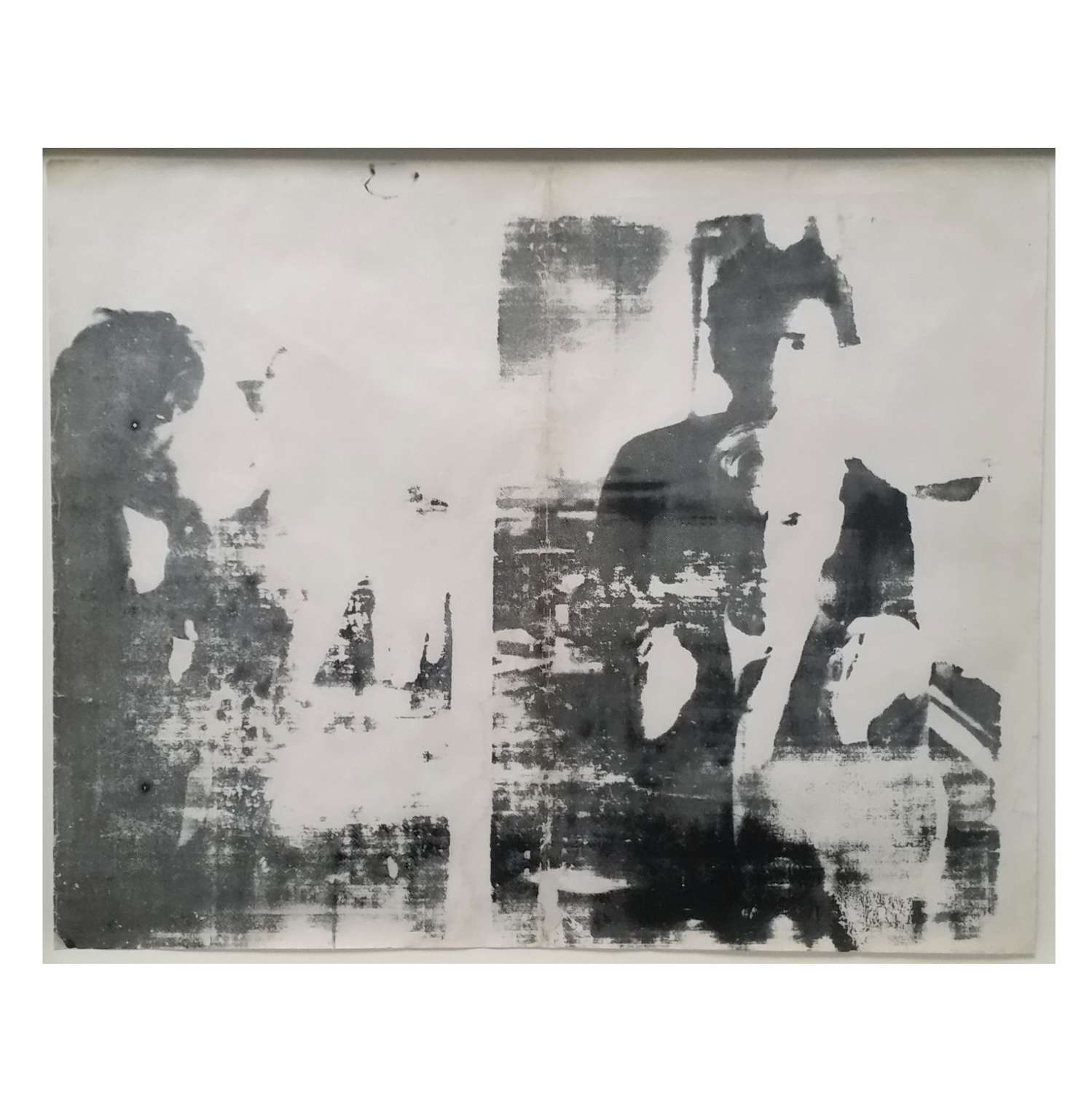 Around 250 printed. Unsigned as issued. Screenprinted front and back covers.

The fourth issue of the journal featured the work of poet and critic Edwin Denby, who is depicted on the cover with Gerard Malanga.

Berrigan had met Warhol at a reading by Frank O’Hara early in 1963, and later sent the artist the first two issues of his fledgling literary journal.

Berrigan’s diary notes soon after: “Andy Warhol said he’d like to do a cover for C 4.” Warhol and Malanga met Denby at his apartment where the photographs for the cover were taken. The two images finally selected – of Malanga behind Denby with both men holding hands, and the second for the rear cover of Malanga leaning in to kiss Denby – caused a stir in literary circles when it was published.

Reva Wolf explains in Poetry, and Gossip in the 1960s: “[Warhol] spontaneously but strategically shot a series of double portraits of Denby and Malanga, using a Polaroid camera and black-and-white film. From these photographs, he selected – again, strategically – two pictures for the C cover, which were then transferred to silkscreen in order to be printed on the cover stock. Regarding technique, these portraits occupy a significant position in Warhol’s oeuvre… This is the first-known instance in which Warhol used Polaroids for silkscreen portraits, a practice he did not pursue at the time but one to which he would return and which would become his standard procedure for making portraits, beginning in 1970.”

The cover was printed at the Ladder and hook building, a new studio Warhol had moved to in early 1963, Gerard Malanga an artist and poet had just become Warhol’s new assistant, Malanga printed the covers in the first floor of the studio. The covers were printed and as the silkscreen deteriorated the images were purposely distorted making each print slightly different. This technique can be seen in the Marilyn Diptych of 1962.

Condition : bearing in mind this was issued as a magazine, full sheet, with the usual vertical central fold, with various paper splits, small losses and staining along the fold, two repaired losses and a moisture stain at lower centre, the lower left corner made up, some other, smaller defects mainly at the sheet edges, framed 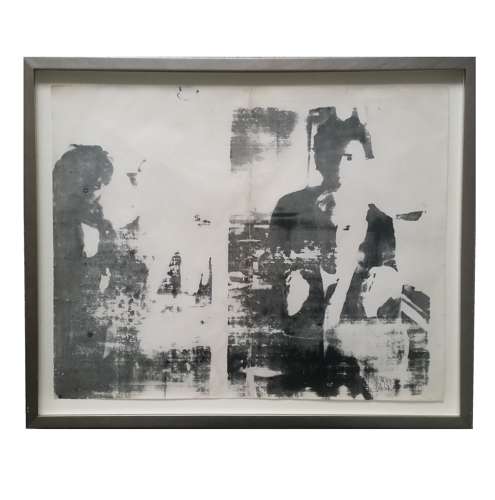