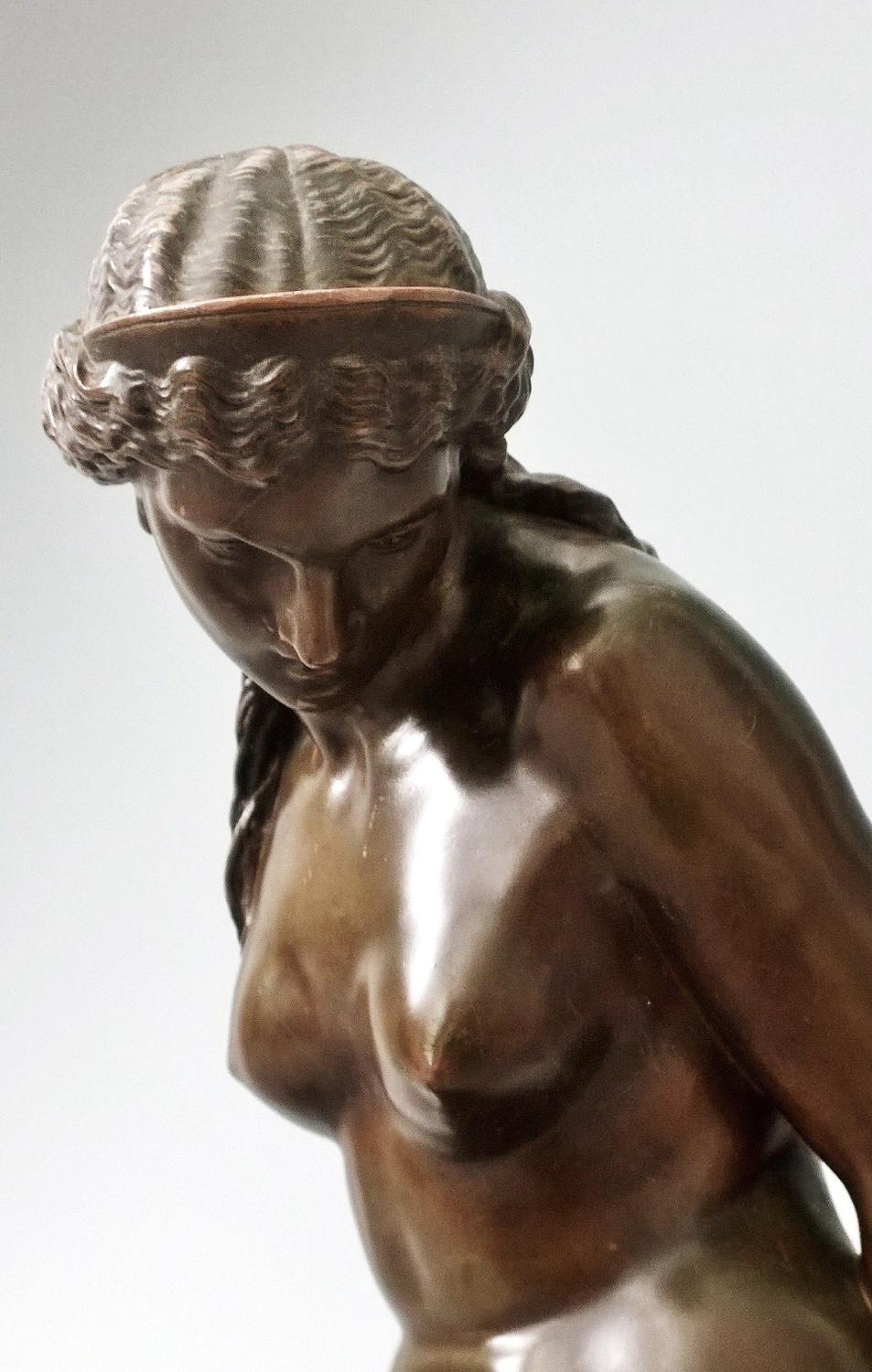 Height 50cms plus base of 6cms.

A ‘premier edition’ of Schoenewerk’s Andromida, 50cm high, was cast by Jules Graux, though it is not known how many were in the edition.       By 1870 the foundry mark had changed to GRAUX-MARLY or GRAUX-MARLY FRÈRES, when his sons took over the business.

Born in Paris in 1820, Alexandre Schoenewerk was a pupil of David D’angers, de Joulivet and de Triqueti. Between 1845 and 1878 he was awarded four prizes at the Paris salon, at which he exhibited regularly. Schoenewerk enjoyed the royal patronage of the Princess Mathilde under the second empire and was made Chevalier de la Legion d’Honneur in 1863. Deeply passionate about his art, he flung himself to his death from a third story window when his Salomé failed to impress at the 1885 Salon.

Jules Graux's Foundry was based at 8 rue du Parc-Royal from 1860; they exhibited at the national exhibition in Paris in 1849, again in 1855 and 1867.  The foundry is renowned for producing high-quality bronze castings, chasing and gilding, including clocks, candelabra, statuettes and other fine decorative works of art. Jules Graux also cast bronzes for many of the most distinguished sculptors of the day; amongst them were Jean-Baptiste Carpeaux, James Pradier, Albert-Ernest Carrier-Belleuse and Emmanuel Frémiet, these included premier editions and Salon castings.

In Greek mythology, Andromeda is the daughter of the king Cepheus and his wife Cassiopeia. When Cassiopeia boasts that Andromeda is more beautiful than the Nereids who were the daughters of Poseidon, poseidon sends the Sea Monster Cetus to ravage Andromeda as divine punishment. Andromeda is stripped and chained naked to a rock as a sacrifice to sate the monster, but is saved from death by Perseus. 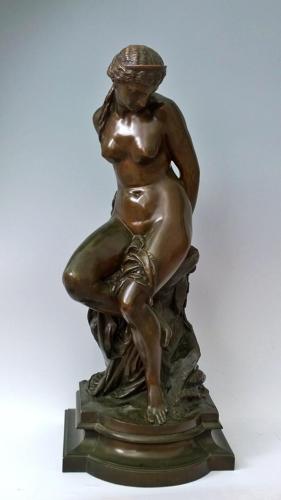 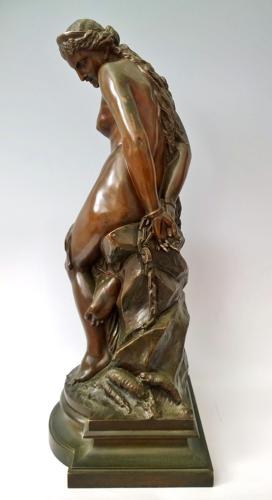 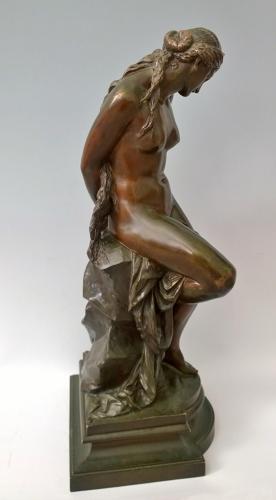 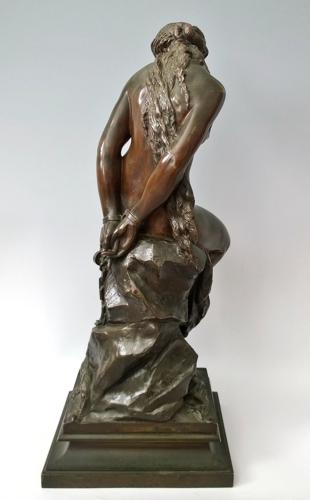 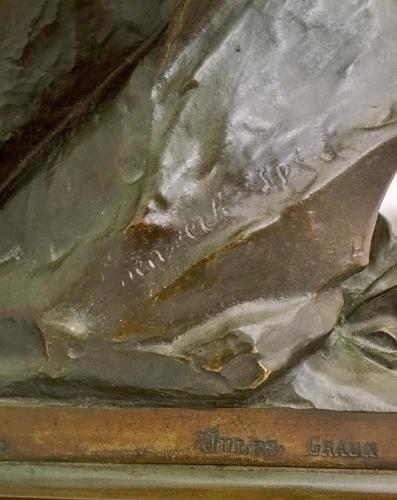 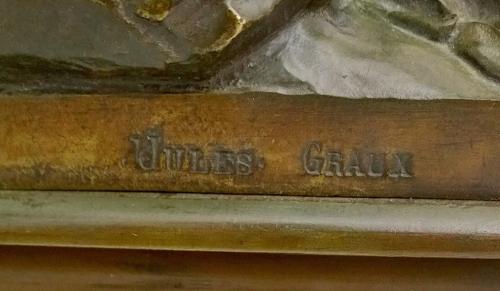