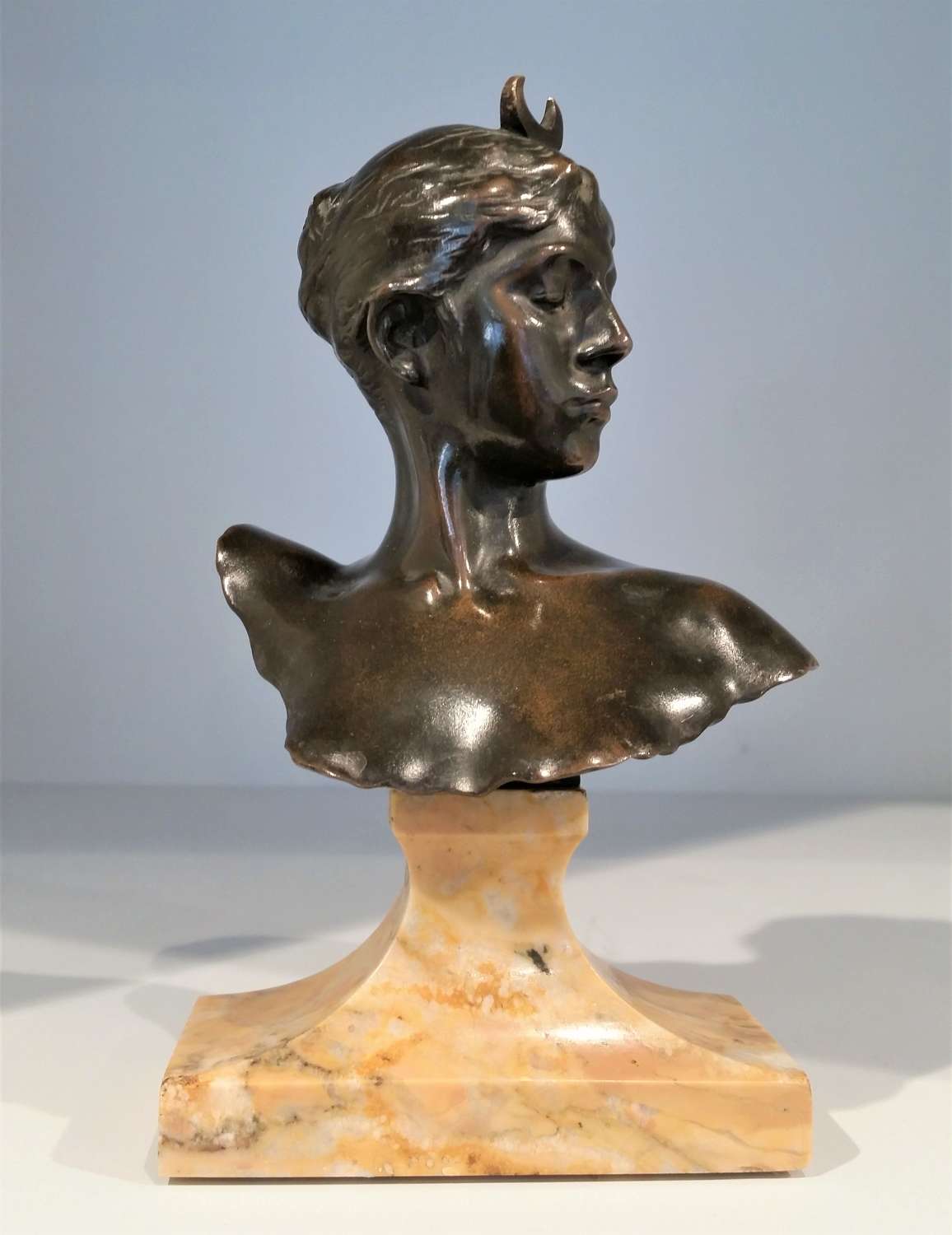 Height 17cms including base.

Bronze on Sienna marble base.

Signed A Falguiere and with foundry mark of  Thiebaut Freres.

A fine cast with rich brown on black patina.

This bust is taken from the full size version first exhibited in plaster at the salon in 1882 to widespread acclaim, it was to be his most celebrated piece, a marble version is now in the Louvre Paris.  Falaguere editioned this piece through the foundry Thiebaut Freres in Paris, it was available  in three sizes, this being the smallest.

In 1864 whilst in Rome he produced the sculpture 'Victory in the Cockfight', this won him first prize at the Paris Salon. This was a turning point in his career and his sculpture took on a more realist tone. He secured many public commissions including the  'Triumph of the Republic' on the Arc de Triumph. 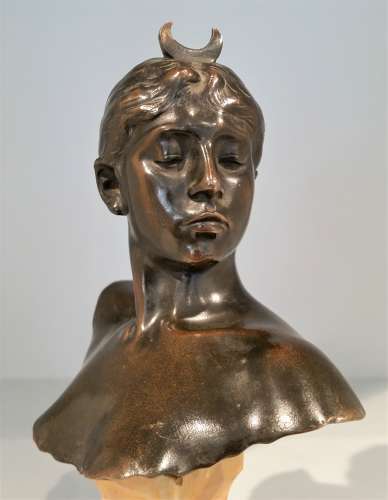 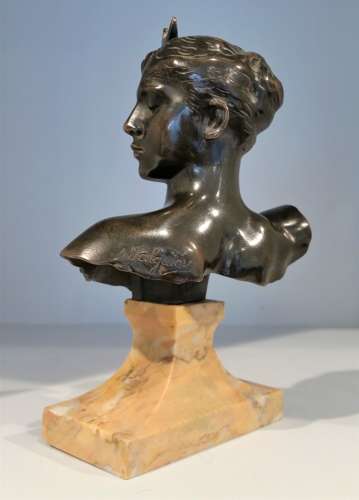 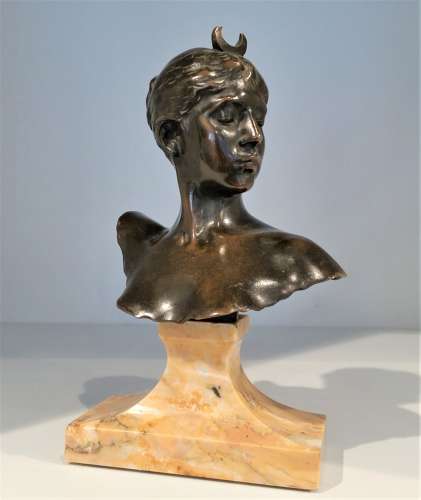 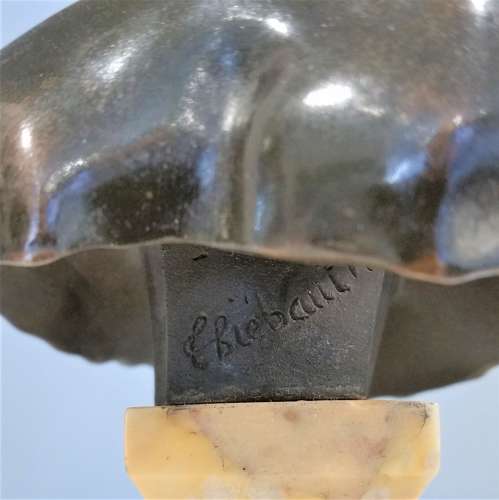