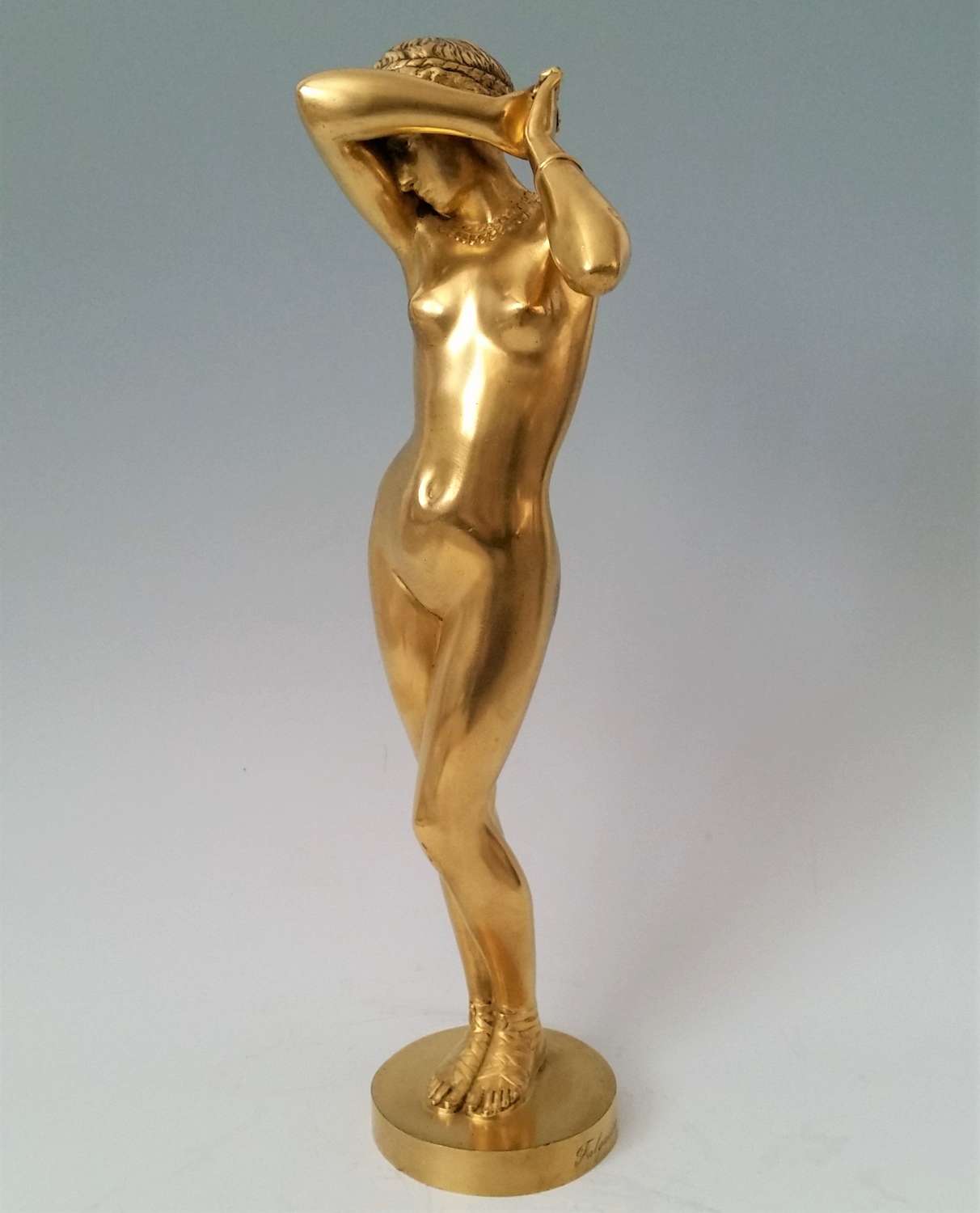 A rare example of this subject of this size in gilt bronze.

This work is based on a painting by Gerome exhibited at the Paris Salon in 1861. Gerome's brother-in-law Goupli was an art dealer and founder, he commissioned Falguiere, a renowned sculptor in his own right, to make a sculptural representation of the main subject of the painting, 'Phryne before the Areopagus'. This was cast in bronze and sold in various sizes, mostly with patinated finishes .

In 1864 whilst in Rome he produced the sculpture 'Victory in the Cockfight' , this won him first prize at the Paris Salon. This was a turning point in his career and his sculpture took on a more realist tone. He secured many public commissions including the  'Triumph of the Republic' on the Arc de Triumph. 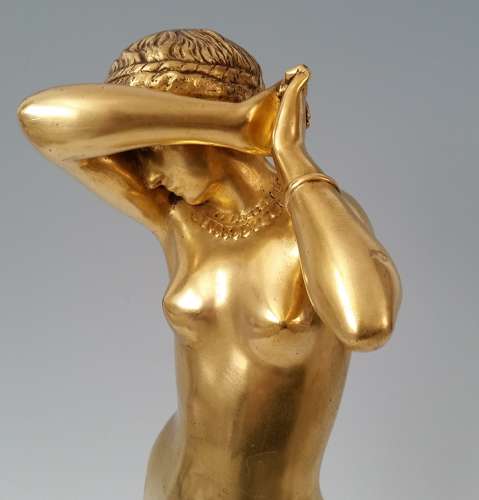 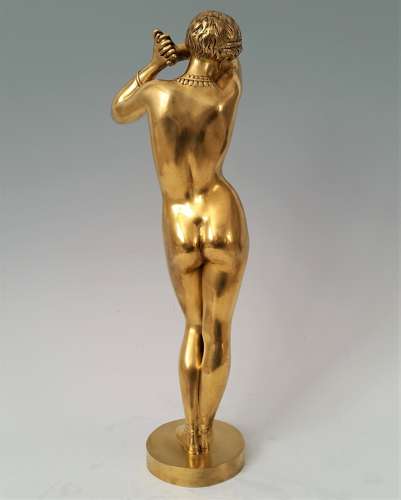 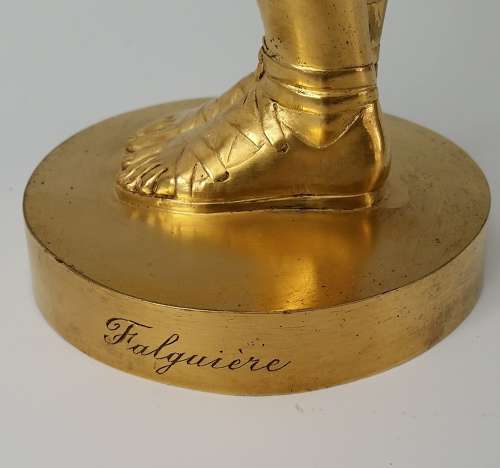