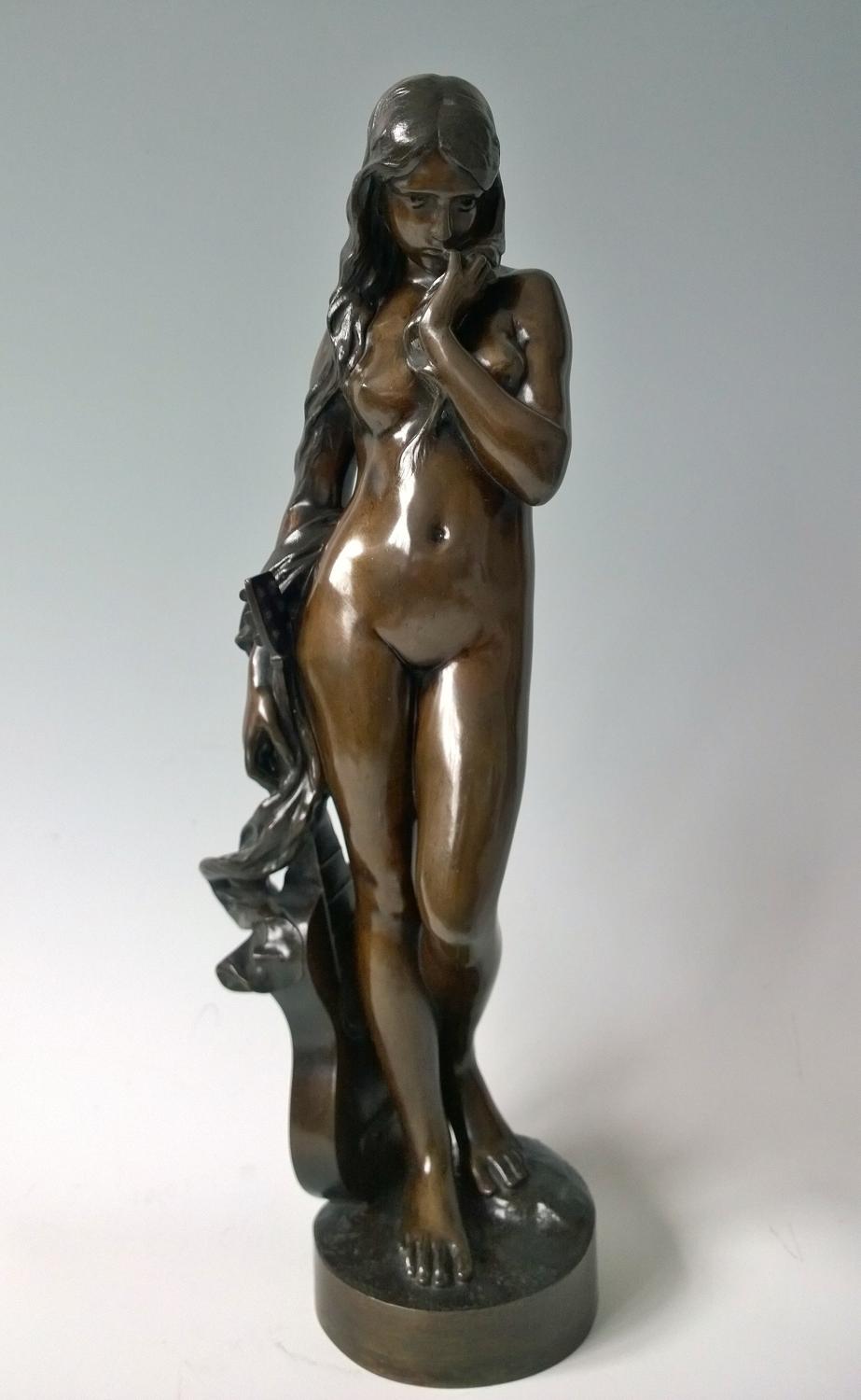 This edition was also available in a silvered finish.

In 1864 whilst in Rome he produced the sculpture 'Victory in the Cockfight' , this won him first prize at the Paris Salon. This was a turning point in his career and his sculpture took on a more realist tone. He secured many public commissions including the  'Triumph of the Republic' on the Arc de Triumph.

La Cigale was based on a painting of the same subject by Jules Lefebvre.

Lefebvre took his subject La Cigale', (the cicada or grasshopper) from Aesop's well-known fable of the grasshopper and the ant, Aesop tells that while the ant laboured to store up food in the good times of summer, the grasshopper sang and danced the time away. With the coming of autumn cold, la cigale in her nakedness, realizes her vulnerability and that the season of winter will be as bare as she. As often in his art, Lefebvre engaged maiden beauty, on this occasion to narrate the fate of the unprepared. It has been suggested that Lefebvre also had in mind recent French history, the disastrous Franco-Prussian War of 1870-71, of Napoleon III's lack of preparation, economic collapse and the Commune uprising. This was the prelude to La Cigale's debut in the 1872 Salon. 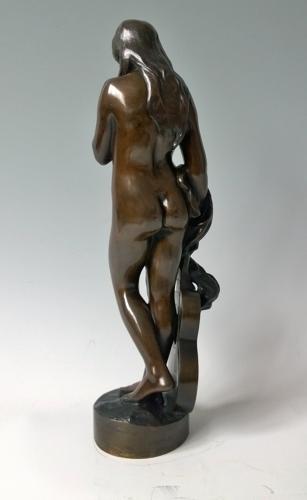 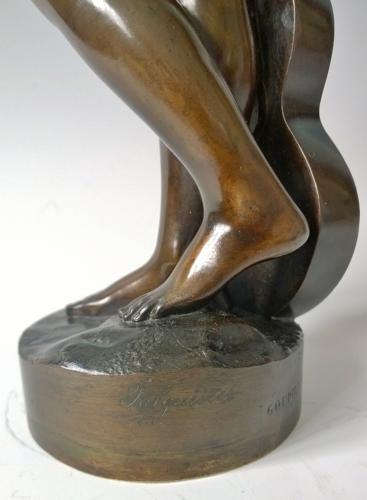 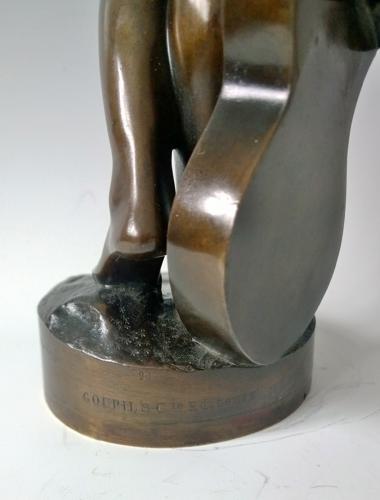