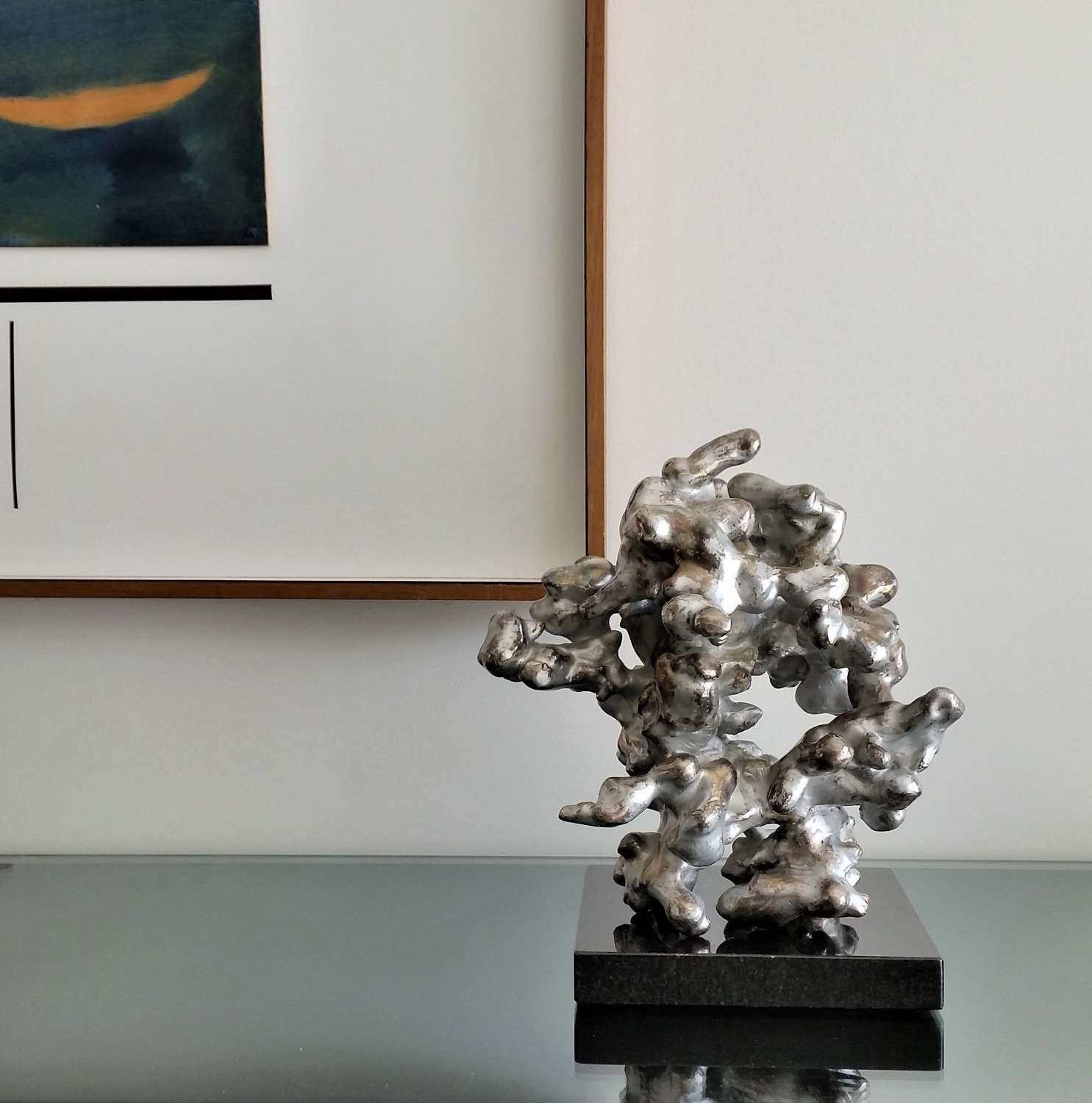 Eyeorb is one of the major works in Hoda's 'Type 1 Errors series', the philosophy behind these pieces and much of his work is based on the viewers perception of the piece. The sculptor makes a randomly generated work and the viewer interprets it in their own way. This may at first seem like a lazy way to make art but with something that at first appears straightforward and easily dismissed has a deeper interpretation.

Hoda has gone back to old superstitious practices using the centuries old little-known practice of foretelling the future by dripping molten lead into water, known as Molybdomancy it was widely used in Ireland and Scandinavia in the 17th century. The resulting shapes were interpreted as a fortune teller might read tea leaves. It is all rooted in our psyche, in the way we look at a cloud and see a face or animal, so these sculptures invite the viewer to make their own images, as the Chinese scholars rock brought inspiration to writers and poets in ancient times.

Hoda creates this series of sculptures by dropping molten copper into water, the resulting nuggets are then digitally scanned, using technology usually used in archaeology. The resulting scans are enlarged, and 3D printed, making something that was the size of an acorn into a monumental sculpture.  There is chance involved but Hoda chooses the pieces he feels will make the best large works, his work Whirlwind (2011) at over 2 meters high is in the Cass Sculpture Park in West Sussex.

Other works by Alex Hoda involve digitally enlarging chewed gum and carving the piece in marble, the resulting works resemble worn out Roman Imperial busts rather than the humble chewed gum they started out as. 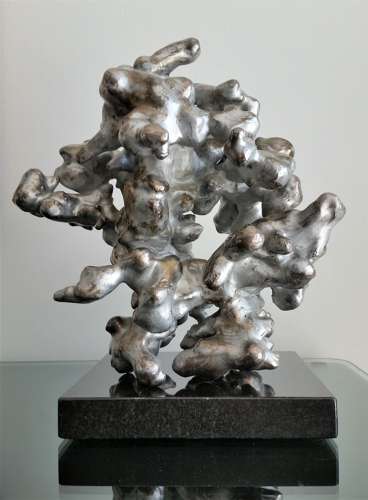