Une Heure de la Nuit - An Hour of the Night

This sculpture titled 'An hour of the Night' depicts the artists vision of night personified as a beautiful female, gently ascending in a dreamlike state, her eyes closed and her feet hovering above the earth.

Joseph Pollet was born in Palermo, Italy but practiced and exhibited in Paris, earning the prestigious Légion d’honneur for his work in 1856. His subjects ranged broadly from historical and classical to ecclesiastical and allegorical.  During his career he won several prizes at the Paris Salon including a gold medal in 1851.

Une heure de la nuit gained Pollet wide recognition when he exhibited it in plaster at the Salon in 1848. While it was on display he was quickly approached for the rights to edit it, and both Empress Eugenié and the Ministry of the Interior requested a version. Since this exhibition, the composition has been reproduced in multiple sizes and in different materials.

A marble version of Une heure de la nuit was exhibited at the Louvre and is now in the Museum of the Second Empire at the Château de Compiègne-a French Royal residence built for Louis XV and restored by Napoleon I. Other examples of Pollet’s work can be found in the collections of the Musée de Grenoble and the Musée d’Orsay. 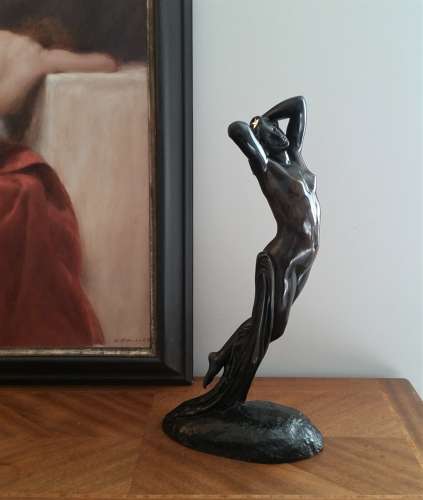 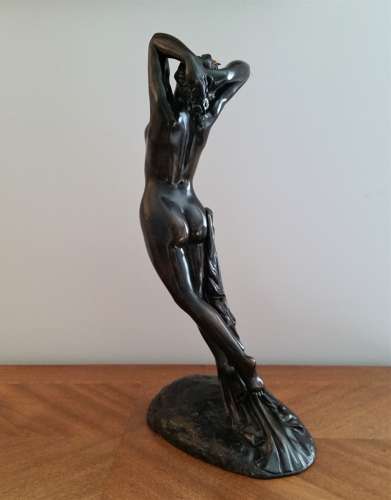 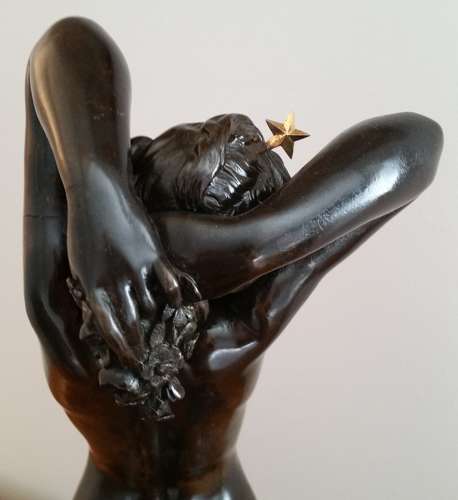 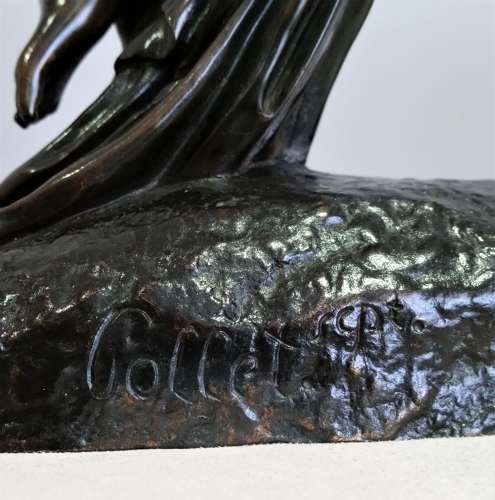 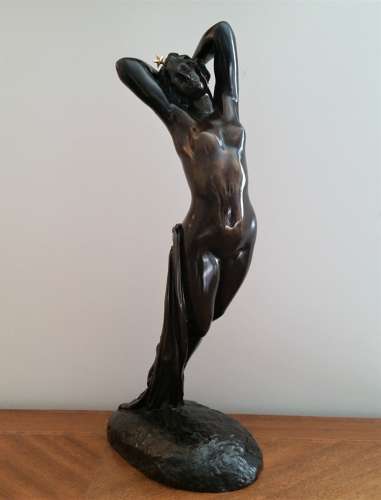